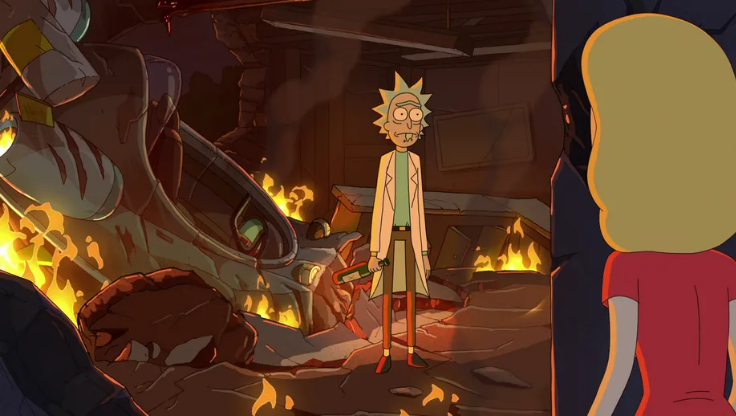 The finale of Season 5 of Rick & Morty was Sept. 5. It featured a two-part finale. This left the mad scientist and his grandson, sidekick, at a place where they could not run from their pasts or the truth about their relationship. It’s refreshing to see a new season of Rick & Morty. I have grown increasingly tired with each season’s focus on one-off episodes that repeatedly repeat the same comedy broad strokes, which has a diminishing effect. But maybe that’s intentional. The season 5 finale shows that the show’s format has been a mirror of Rick’s life. Now it was time to face the messy consequences of his actions. Season 6 might not be what we have come to expect, but that’s a good thing.

Big Questions produced over 50 episodes, Dan Harmon’s animated sci-fi sitcom. From the serious to the absurd. Why does Rick hate him so much? The two-parter finale of “Forgetting Sarick Mortshall” and “Rickmurai Jack” brings the show back to the dynamic of the series. What do Morty and Rick really stand for?

This question was raised as far back as season one as Rick & Morty. “Close Rick-counters to the Rick Kind” gives us a glimpse into Rick’s memories of Morty as a baby. It’s impossible. Rick is said to have been absent for at least 20years and only recently returned to Beth. How could he possibly remember Morty as a child?

This question was made even more obvious in “Get Schwifty,” where Rick’s long-time friend Birdperson rescues Morty from Rick after he ran away with Rick’s portal gun. Birdperson defends Rick and points to a collection of framed photos. One photo shows Rick holding what appears like a very young Morty. Fans had a right to question: Why was Rick’s and Morty’s relationship one of the few constants in the dozen universes shown throughout the series? Perhaps it was the only const.t..