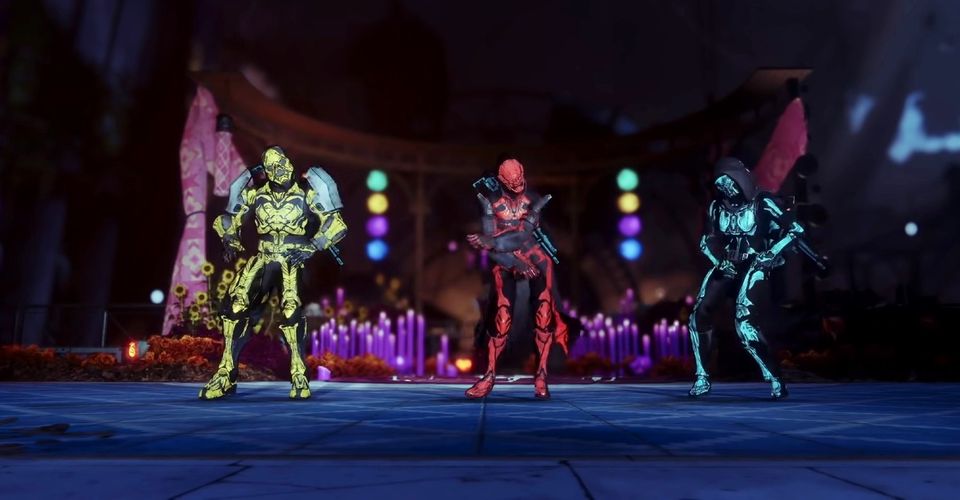 A dataminer reveals the new armor from Destiny 2’s forthcoming Festival of the Lost, and the terror theme is obvious to see in each individual class’s armor.

BY ZOE TREPANIER3 HOURS AGO

The Festival for the Lost, a Halloween-themed occasion for Destiny 2, is arriving in less than a month and will continue at the end of October and into early November. This season’s Festival of the Lost is embracing a terror theme that has many players eager for the annual spooky festivities, which according to one user, will be represented via the various classes’ armor.

The events at Destiny 2 provide a few of the most interesting gameplay all year, although enthusiasts say Bungie is hit or miss in executing several events such as 2020’s Solstice of Heroes. Regardless, this is frequently a time which Bungie leans into thematic armor and weapons, and this season old terror creatures are serving as major inspiration.

Reddit user Cap_Can accessed a wealth of pictures by turning off”hide imperceptible collection things” on the Braytech Destiny 2 fan site, then navigating to Groups, Armor, and Universal Ornaments. There, the consumer discovered a Lycanthrope place for the Hunter class, referencing werewolves, a Daywalker set for the Warlocks, representing vampires, along with a Promethean set for the Titans, symbolizing Frankenstein’s monster.

The sets include a number of things for each category, including a mask and cocktail for Hunters, boots and robes for both Warlocks, and gauntlets and greaves for Titans. There’s also some intriguing new masks, like a Bubbling Mask that looks like a cauldron filled with green goo, and a Variks Mask only in time for the fan-favorite character to come to Destiny two in early November.

The comments in the Reddit thread are largely enthusiastic, and a lot of people are enthusiastic about the Warlock robes, which can be black-and-white and come with a cravat that looks like a character out of an iconic Dracula game or movie. Some people are less than pleased about the asymmetrical designs which have shown up at a lot of new armor, not only for this event, although people are split about the interestingly-placed canister on the Hunter’s mask.

Even though some folks are underwhelmed by the Titan’s armor, the vampiric Warlock is proving to be quite a major hit among fans, and while the Hunter’s werewolf getup is divisive, those that enjoy it are fairly outspoken about it. There’s a very clear theme and unity to such designs, which really seems to be serving Bungie nicely by providing it a comeback group of inspiration to draw from. It is clear to see exactly what a lot of the armor is meant to signify, and whether fans appreciate the aesthetic, they do not need to guess at what the subject is supposed to be.