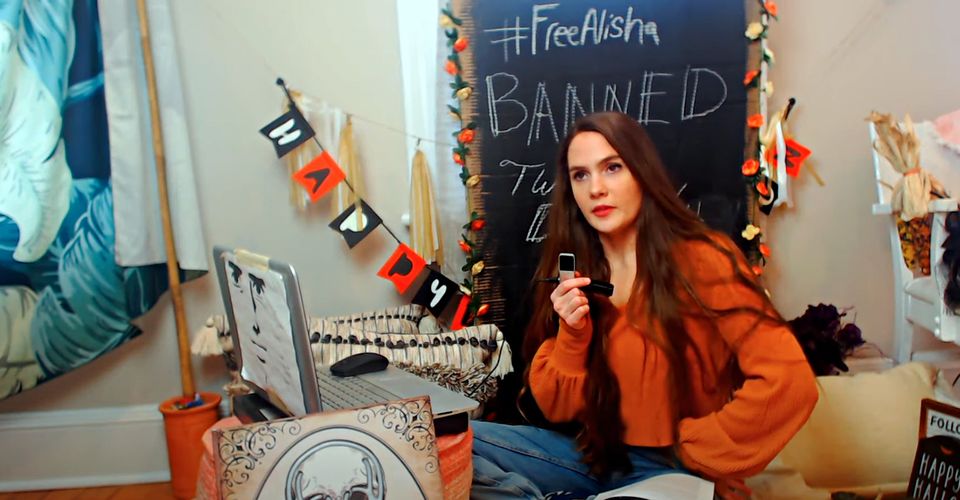 Twitch has acquired a reputation for banning streamers from its platform for sometimes unclear, unfair, or even shady reasons. While some personalities have been able to remain on the service after repeated questionable behavior, Twitch has made it apparent that even highly popular moneymakers like Dr Disrespect aren’t immune to being banned.

One of the latest streamers to be temporarily removed from the site goes by the handle Alisha12287 and is known for playing games such as Runescape, Minecraft, and Counterstrike: GO on her Twitch and YouTube channels. Recently, the content creator was banned from Twitch for 14 days, although according to a statement released by Alisha, the company has not yet given a specific reason for her removal from the platform and stated only that it was for harassment.

Despite this, the reason for the ban seems clear. In a recent Livestream on Twitch, Alisha called out what she believes to be a cat breeding mill. The company, she stated, currently has a lawsuit filed against it that can be followed on the website of the United States Department of Agriculture (USDA). And according to the streamer, a search on Yelp will reveal a number of issues with the animals purchased from the company, some of which Alisha specified during the stream.

Shortly afterward, the Runescape streamer received notice from Twitch that she had been banned, soon followed by what Alisha dubbed a boastful email from what she would only call a “specific business” who claimed to be the reason behind the ban. In the email, the business stated that they had contacted Twitch via an attorney to “shut her up.” It seems that the move worked.

Alisha states that she understands from a business perspective why Twitch’s response to being contacted by a lawyer was to quickly ban her. She also knew, when making the statement about the company in the first place, that she could potentially face backlash and didn’t allow this to stop her from talking about something that she felt was important.

While in the past Twitch has banned streamers like Sodapoppin for inappropriate behavior, the company is also known for blurring the line about what it allows on the platform. Banning streamers for racist remarks, improper comments, or sexual content is expected by many viewers. However, if the company begins removing personalities from the platform in response to being contacted by a lawyer and not specifically because of the streamer’s behavior, that could open up a slippery slope for harassment from viewers or companies towards content creators they don’t like.