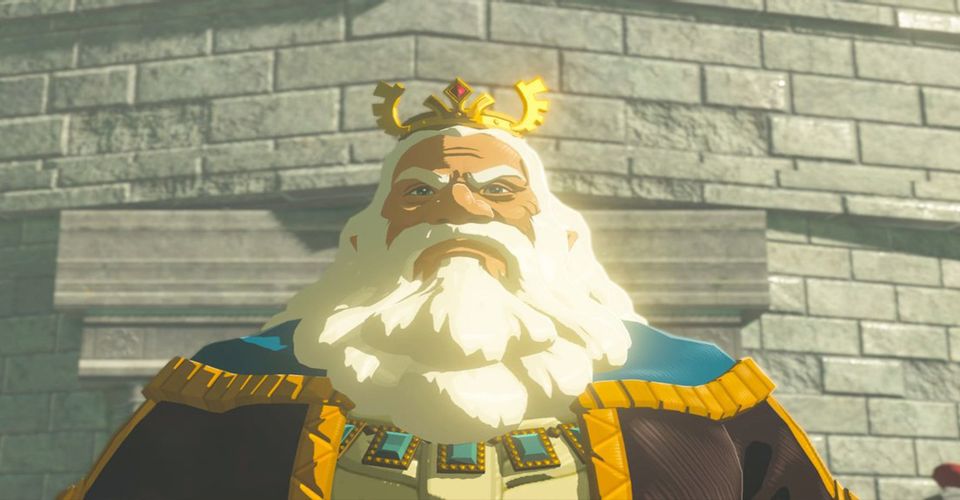 RELATED: Hyrule Warriors: Age of Calamity May Have the Same Master Sword Problem as Breath of the Wild 2

One of the screens captures shows King Rhoam standing and looking ahead while he is holding an enormous two-gave blade, which has all the earmarks of being his fundamental weapon in the game, as he is holding a similar blade in an alternate screen capture. The blade likewise seems to have a type of light emerging from it, which appears as though the light that emerges from Princess Zelda when she utilizes her forces.

The second screen capture seems, by all accounts, to be King Rhoam teaching various Hylian Knights on what they ought to do straightaway. One major change in Hyrule Warriors: Age of Calamity that can be noted here is that Hylian Knights have certain classes and occupations. The knights he is teaching give off an impression of being a similar position as Link, and there are two knights next to King Rhoam that seem, by all accounts, to be his own gatekeeper.

In the following screen capture, the red and blue Hylian Knights give off an impression of being battling at King Rhoam’s side. Ruler Rhoam himself appears as though he was likewise an aspect of the fight, employing the enormous two-gave weapon with one hand. This appears to indicate that King Rhoam will be a playable character in Hyrule Warriors: Age of Calamity. This would not be the first run through a Hylian King would be playable, as King Daphnes from The Legend of Zelda: The Wind Waker was playable in Hyrule Warriors Legends.

The first Hyrule Warriors had various issues that the fans needed to sort out, yet it was as yet an extremely well known game. Conceivably including King Rhoam as a playable character would help give Hyrule Warriors: Age of Calamity a bigger playable list, which numerous fans want from the arrangement. Lord Rhoam isn’t affirmed to be playable, however the screen captures cause it to appear to be almost certain, and the way that he has a blade may give fans trust that they’ll have the option to venture into his perspective.