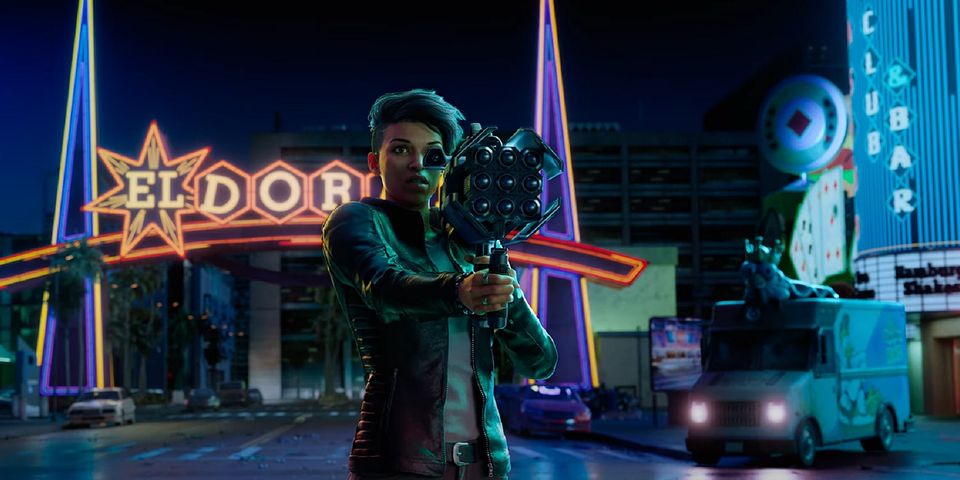 Geoff Keighley opened Gamescom Opening Night Live with style, announcing the previously-teasedSaints RowReboot. Keighley and actor Bryce Charles were on hand to show a trailer for the cinematic release of “The Reboot.”Saints RowThe reboot video explains the basic concept of the game and shows some gameplay snippets.

Although it looks like the Saints Row reboot will keep the open-world action of the previous games, it seems to be pulling back a little more than Saints Row 4 or Gat Out of Hell. The new Saints Row game looks more like Saints Row 3 than any other. It embraces its silliness, but is more grounded than previous entries.

There will be major changes in the Saints Row franchise’s reboot. Saints Row developer Volition has a “fresh approach” to Saints Row. This includes new characters and a brand new city. The Saints Row reboot takes place in the American southwest. Players assume the role of The Boss who creates The Saints gang along with Kevin, Eli, and Neenah. They take on Santo Ileso together, which is currently under the control of three major gangs: Marshall, The Idols and Los Panteros. To make the task of taking over Santo Ileso easier, players will be able join forces with their friends in drop-in/drop out co-op.

The newer Saints Row games required players to assume the presidency of the United States. Players could also use superpowers. However, the Saints Row reboot story seems more similar to the original. The story will once again focus on a group of criminals who are trying to climb to the top in the criminal underworld. The trailer implied that players would assume the role of the pre-made Boss played by Bryce Charles. However, this does not appear to be true. Although the game will allow for “unprecedented customization,” it may be necessary to clarify this matter.