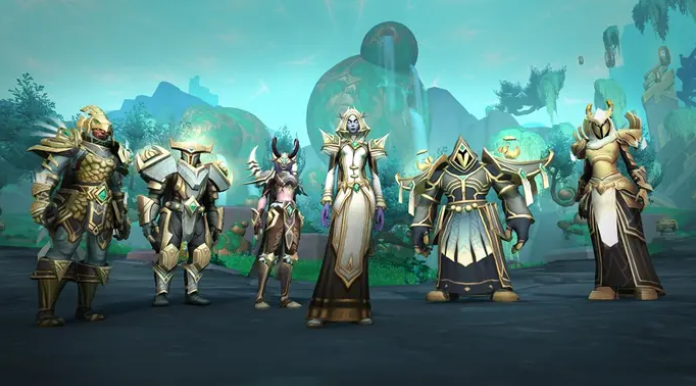 The World of Warcraft Community Council Forums were launched earlier this week. There have been a number of high-profile discussions, including one about raid buffs such as Priest’s Power Infusion, which was brought back to the game with Shadowlands.

Power Infusion grants a single player a 25% haste boost, which can be used on any other player in the raid or party.

Due to raiding’s current state and players trying to do the most damage and parse high, it can cause drama in guilds. The Priest may want to keep it, but they might be asked to give it to another player. This could mean that many people are not getting the huge damage increase.

Blizzard states that they love the idea of an external buff because it allows players to give extra optimization to bosses, which could increase your chances of getting a kill or more progression.

Blizzard claims there are two goals, one for the players to “kill the boss”, and another for the developers to create the situation for players to use these abilities to do more damage or parse for third-party rankings.

Blizzard recognizes that players feel the need to give up this buff, and it can cause drama in guilds. This is a problem in the game, but it is unlikely to change in the near future.

Blizzard will not change the game’s third-party ranking fairness, but they do know that it is an important part of raiding culture.

Only a handful of abilities are able to perform this way, so the team doesn’t feel it is necessary to eliminate all abilities that do this as a design feature of World of Warcraft. These abilities will still be used by some classes as support.

Fortnite Christmas Skins 2021 – Icebound Midas and Blizzaballe, Ice Crystal & More
Take a First Look at The Jailer’s Room in The Coming Sepulcher Of Eternity’s End Ones
To Top