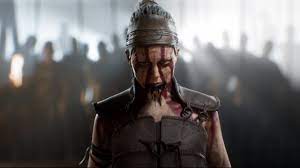 This trailer features the first gameplay footage from the project since its debut. The Hellblade’s first featured a combination of puzzle-solving and sword-based melee combat. However, Senua’s Saga seems like an important escalation to that.

Senua played the majority of the game alone. Senua’s Saga has more people running around, and things can get very dire. It is dark, dreary and scary. A large man can also be set on fire.

Senua’s Saga has been one of Ninja Theory’s ongoing projects since Microsoft purchased the studio in 2018. The studio also launched Bleeding Edge, an online multiplayer combat game. However, content updates were stopped by the studio in January.