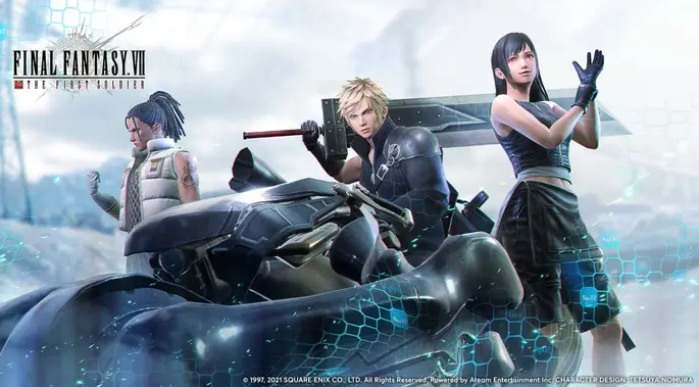 We’ve seen Final Fantasy VII cosmetics in FFVII The First Soldier before, and this is not the first time. Square Enix hopes this mobile game succeeds, so if you’re interested in these rewards, now may be the right time to start playing this Final Fantasy VII spinoff.

The Advent Children costumes of Cloud, Tifa, and Barret will be available to players. Cloud’s and Barrets’ attires are available for male and female characters. Female avatars can only use tifa’s attires. However, that shouldn’t pose a problem for most players.

Advent Children, the sequel to Final Fantasy VII, Cloud must defeat a group of young men who wish to follow Sephiroth’s lead. It received mixed reviews, but fans love the fights and the clothes.

Despite mixed reviews, the influence of Advent Children is still felt today. Cloud and other cast members have worn these costumes in Super Smash Bros. Ultimate and Kingdom Hearts.

Now available for Android and iOS: FFVII: The First Soldier

MOUNT AND BLADE 2: BANNERLORD BEST WORKSHOP – HOW TO GET AND WHERE TO BUILD ONE
Redditor lists ALL Destiny 2 Content that Will be Vaulted with The Witch Queen Release
To Top