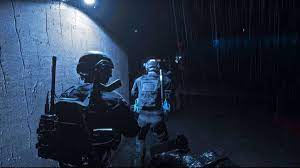 VOID Interactive, developers of the popular tactical SWAT game Ready Or Not, has confirmed that updates will be coming in January. Twitter was used by the developers to share a Ready Or Not roadmap for January 2022. The post by VOID details all major updates that we can expect from the game in the next four weeks.

The January Roadmap: Ready or not

One of the key features of Ready or Not’s January Roadmap is that it includes lots of new content through expanded gamemodes. Five new gamemodes are now available on the following maps.

The extra game modes are awesome, but there are more weapons available. Void confirmed that Ready or Not will be getting four new weapons in January.

Developers are also committed to general QoL updates. Ready or Not has a lot of complaints about its voice acting. These are placeholder VO’s that have been confirmed by VOID statements in the previous statements, and don’t represent the quality the game wants.

There are also general graphics updates for some older guns models like the M9A1, G19, and throwables. These are the major features players can expect changes to or improvements through January 2022. However, developers confirm that bug fixes and micro-patches will be made.

For testing purposes, this content will be available in the Supports version first. It will be available later for those who have the regular version. We don’t know the exact patch dates. When patch content and future content is revealed, keep your eyes on the VOID Interactive twitter account.