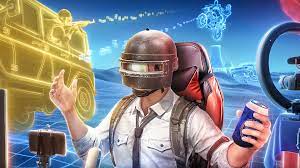 Are you tired of being bombarded with splash ads and videos when you launch or PUBG Mobile? Perhaps you were able to log in fine the first time. But, an app crash led to a reload, which then began flooding your screen with a long list ad sales pitches. These included new sets, cheap UC topping-ups and rebates. Or the mystery box that offers deep discounts on items that you didn’t even know existed. This is what it looks like.

It’s not surprising that a F2P game would try to force its paid-for goods down on its millions of daily active users. However, PUBGMobile‘s handling of it recently has caused enough people to be upset that they are now promising to stop forcing people to watch unskippable ads.

This is mentioned at the tail end of the Dev Talk Twitter Thread, which actually contains a series images embellished with chibi and PUBG Mobile Mascots. The team responded to a question about why videos that are used for monetization purposes cannot be skipped.

“This is an extremely difficult issue and we have had many intense discussions with our interaction design team. We want everyone to pay more attention and to understand the meaning behind each design. The 5-second video will be played to encourage people to look at it more closely. We have not considered the impact on gamers’ gaming experience. These videos will not be available in the latest version.

It’s unclear what kind of videos this post refers to. There are no examples, so the question about them being made for “monetization purposes?” would likely conjure up an image of a trailer related to a game that starts with an ad completely unrelated to it in order to get some ad revenues. This is a secondary way for many gacha games to offer “pulls”, but without spending any money on premium currency.

However, there have never been any instances of this happening in my gaming experience. I assume that the question refers specifically to any video in the game that tries to get players to spend or purchase PUBG mobile‘s premium currency. Like a new skin. This happens quite often.

If this is the case, all videos that show the Mirror World introduction and those that are played when you pick up a new Royale Pass need to have a skip button. They have been there since the beginning, but they should now be fully integrated into the rest of the game’s advertisements. It is not clear when the changes will take effect. It could be a hotfix that was released at the time of the announcement, or it could need a more extensive tweak to be implemented. It would be part of the larger monthly update.

Do you believe that marketing wanted to make sure more people saw and appreciated the work of the art team? Is this just a transparent way to avoid having to apologize for forced ads? You get the idea.