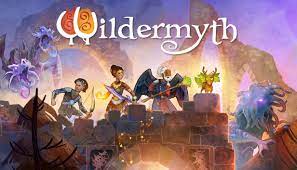 Wildermuth may be unfamiliar to you. This RPG strategy game is rated highly on Steam and has been included on many Game of the Year lists at Fanbyte. Some people find the PC to be a bit difficult to use, particularly in terms of compatibility, installation, comfort with a keyboard, mouse, and other issues. Some people prefer to play games on a console, while others prefer to use a handheld device. These people will soon have no excuse to not play Wildermyth when Switch comes out…eventually.

Nate Austin, Worldwalker Games founder/programmer, announced the news on Fanbyte’s Thanks for the Knowledge Podcast this week. Austin confirmed that Worldwalker is working on Wildermyth to release the episode on Sunday, December 19. The porting process for the game, which is currently in Java, will take at least one year, as it is not supported by Switch for app development.

It’s good news for people who are waiting to get the game but it also tests your patience. This episode of 99 Potions contains a lot of praise for the title. You might be tempted to buy the PC version and get it on Switch later.