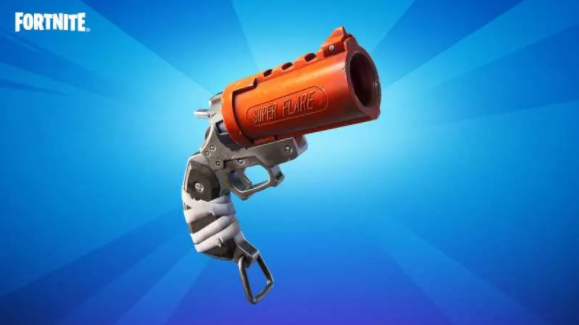 Epic Games has introduced a new mechanic that can change Fortnite’s game: lightning and tornadoes.

Fortnite players finally received the new weather update in a hotfix on January 11th 2022. These new weather events don’t only add an aesthetic touch to Fortnite, but they also bring new levels of interactivity and survival. Let’s take a look at what Fortnite tornadoes are and what happens when you are struck by lightning.

You should keep your eyes open for potential enemies and your wits about them. But, it is also important to look up at the sky. You should be ready to fly if you see a tornado from within Fortnite. Instead of running from the tornado, you can run into it. You will be whisked up into the air and be able to glide off to another location, with no damage. Don’t panic if the tornado knocks you out. You won’t suffer any fall injuries.

This bad weather also brings lightning to Fortnite. You might even find that you wish to be struck by lightning on Artemis Island, which is quite different from the real world. A bolt of lightning can do some damage but it can also give you a temporary speed boost, like Peppermints or Chili Chug Splash. So decide if the pain is worth it.

Fortnite: How to be struck by lightning

Knowing where to go will increase your chances of being struck by lightning. Head to the water or higher ground if you see a dark cloud above your head. Lightning strikes are more likely if you are located in water immediately beneath the cloud or at the highest point on the land underneath it.

Lightning can strike twice. However, if lightning strikes once, it will not strike again.