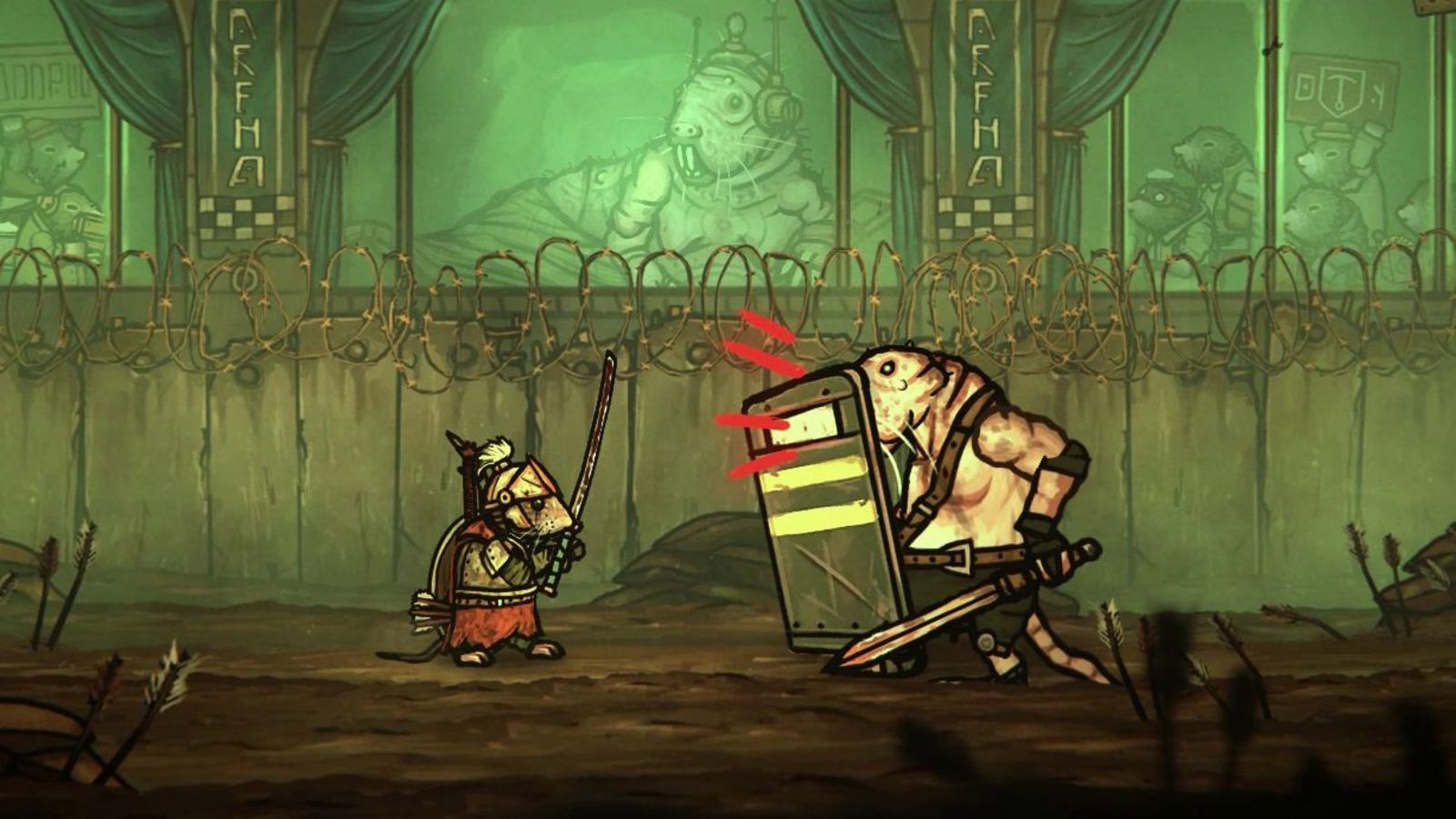 Tails of Iron, a 2-D souls-like, an indie game developed by Odd Bug Studio, and published by United Label, CI Games, is my latest obsession. This game was recommended to me by a friend. It’s magical to see tiny creatures trying to survive in a big world. I take this idea and create a Redwall-Esque medieval society. It is a story of a kingdom that has fallen apart, and it is both charming and dangerous. It might not be perfect, and it has some flaws, but it’s a game I love. It’s one of those “play it anyway” cases. Let’s talk about why…

Tails of Iron starts with a brief history lesson. Since the beginning of time, the toads and rat people have been at war. King Rattus, who united all the kingdoms of rats under one rule, defeated the toad invasion. However, as all things do, King Rattus gets old and must choose a successor. Regi is the smallest son of King Rattus and is determined to be king. Your greatest ambition becomes a reality after defeating your brother in a tournament. You are now the king. The toads then invade, kill your father, and decimate your kingdom. You are left to pick up the pieces.

Most soul-likes reach a point where they begin to question why they are doingdoesn’tWhy do I want to save a world that doesn’t want to be saved. I have a great answer. Charm. Charm. All the adorable little rats, doing their best. Even the moles and toads in the last game have a certain charm. It was a misn’trtfelt desire to save the Its. This isn’t all that sells, however. It’s amazing how the writing balances funny and dark with great creativity.