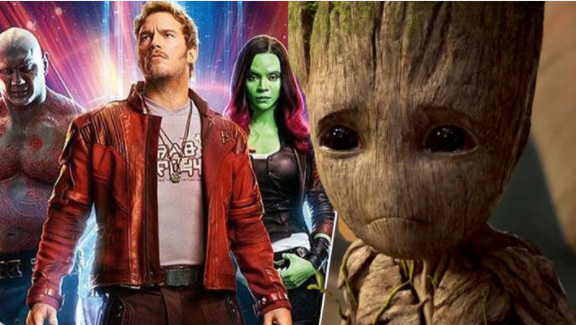 James Gunn confirms Guardians Of The Galaxy Vol. 3′ Will Be the Last in Its Series

James Gunn, the director of 2014’s Guardians of the Galaxy and its 2017 sequel, has confirmed that the third GOTG movie of the current Marvel Cinematic Universe run won’t feature the crew of StarLord and Groot, Rocket and Gamora.

Gunn spoke to Deathline about their Hero Nation podcast and, as reported by Comicbook: “I just want be true to characters, the story, and give people the wrap up that they deserve for it.” Closure. Closure. Gunn admits this is a difficult challenge, but he says: “That’s always scary (but) I do my best.”

The deadline was informed by Gunn that the third GOTG movie would be “so big and dark and different” than people expected. Gunn previously hinted that at least one core crew member would be killed. Moviegoers will need to “wait and watch” to find out their fate in Guardians of the Galaxy Vol. 3.

As well as the third Guardians picture, Gunn is also working on a live-action/animation hybrid movie version of the Wile E. Coyote and Road Runner cartoons made famous by Warner Bros’ Looney Tunes shorts. You may not know this, but I’m much more interested to see how it plays out than Chris Pratt’s progress with the Guardians movie. The movie is being directed by Gunn and will be called Coyote Vs Acme. It’s expected to release in summer 2023. Beep and Beep are both available. That one catapulted me into an Odeon.

Related Marvel news: casting rumours for Netflix shows have been met with criticisms, and a cameo in the upcoming second Doctor Strange movie has been leaked. You can find loads more Marvel stuff.

James Gunn confirms Guardians Of The Galaxy Vol. 3′ Will Be the Last in Its Series

UNDERWORLD DREAMS IS COMING SOON TO SWITCH AND PC
“Pokemon Legends Arceus” Has A First Person Mode, And It’s Glorious
To Top