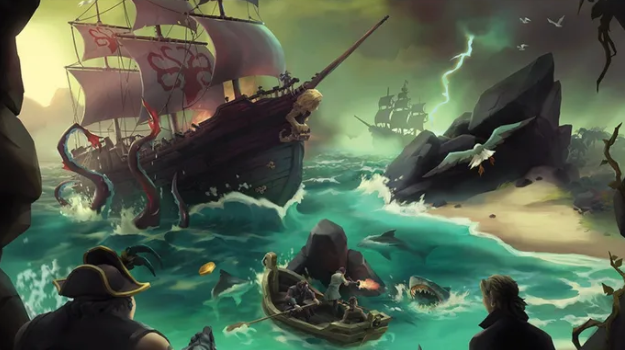 Since its launch in 2018, Sea of Thieves has been sailing steadily. The Season 5 is over. Rare’s planning significant updates for 2022. With Season 6 coming soon, they have outlined what you can expect.

There have been reports about plans to shut down Arena mode. But that’s not all. Rare already has plans for Season 6, Season 7, and Season 8, as well as Season 9, which will run until the end of this year. Here’s what we know so far.

Season 6 will launch in March. It introduces a new storyline and adds Sea Forts and Pirate Legend content. Season 7 launches in June. We know nothing about it, except that it will offer “new ways of play and progress.” Season 8 will begin in September and promises “expanded quest types” while Season 9 will implement “new social options for crews.”

Each season offers three new adventures, more details about the ongoing mystery, monthly emporium content, and a new plunderpass. You can watch the complete 22-minute preview below if you want to learn more. We can’t do anything except wait for Rare to give us more information.

S, and PC. It can also be accessed through Xbox Game Pass. We’ll keep you updated with any further developments. You can find more information about Season 6 at our hub.