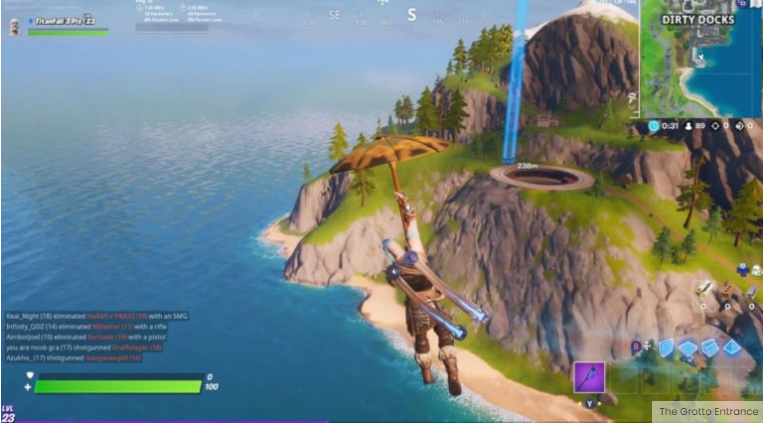 After nearly a chapter of being out, Fortnite‘s iconic The Grotto POI has been restored to the game as Covert Cavern after the Chapter 3. v19.20 update.

Covert Cavern is located to the west, north of Camp Cuddle. It’s a large POI and takes up quite some real estate on Fortnite’s map.

The location has several entrances reminiscent of the Grotto’s old Grotto. The large opening at the top can enter, while the smaller door is located around the back. It’s not difficult to find your way in.

Players can fight Gunnar, an IO Brute who packs a punch and takes a lot. You can win the Mythic Stinger SMG if you defeat him. This version comes with more stopping power but less recoil.

This is a video tour of The Grotto taken back in the day.

It will be interesting to see if Covert Cavern is as well-received as The Grotto back in the day. However, Epic seems to make sure that fans are heard with Tilted Towers back in the game. Which game should be next?