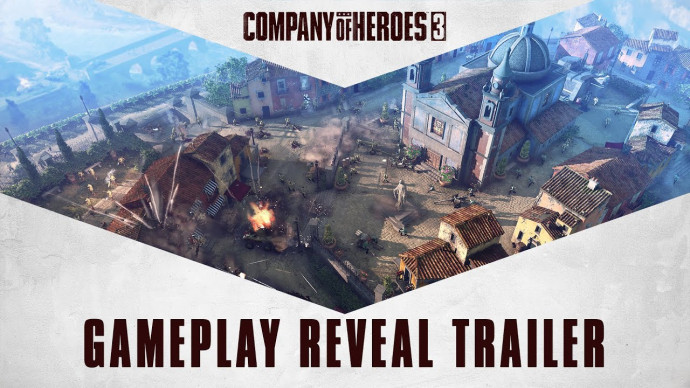 Heroes 3 is the first mainline entry to the series that features a dynamic Campaign. Its missions were designed with replayability in mind and allowed for player choice.

Developer Relic Entertainment shared more details about how it created Company of Heroes 3’s campaign missions and what engagements players can expect.

Some objectives require you to force enemies out of a secluded location, while others require you to raid enemy locations and destroy their resources or recover wrecked vehicles.

You can still complete CoH3’s campaign missions using any combination of units, but you will still face a challenge.

Company of Heroes 3’s campaign replayability can also be helped by the various playstyles of each of these companies. Special operations companies won’t be the same as airborne companies, and each type allows you to choose from multiple skills that further enhance what they are good at.

Additionally, the developer made AI “more natural and emergent,” allowing it to rely less heavily on scripted tools for completing its objectives.

This title is also based on historical authenticity. You’ll be able to trade with companies that fought them or an American company for a British one in an engagement traditionally fought between the two.

Even if they are not actively involved in a mission, nearby companies can provide support. You can use airstrikes against enemy forces with your airborne company, and having an armoured company near an engagement allows you to field some of their tanks.

These can be centred around one engineer team going behind enemy lines to rescue a tank or assassinate an enemy officer.

The company of Heroes 3 will launch on PC sometime in 2022.