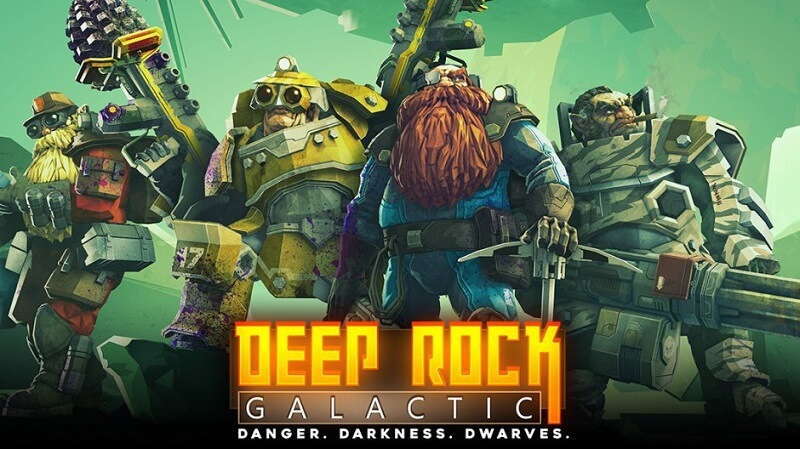 Deep Rock Galactic’s switch to seasonal updates made significant changes in how co-op first-person shooter handles updates after launch. Thanks to its new weapons and mission type, the first season was very well received. This has already sparked questions about Season 2’s beginning and ending dates during sacred pre-battle drinking sessions.

Deep Rock Galactic’s Season 2 content will be similar. The second season will bring new events and themes to the table and tons of new items. With new weapons and customizations, the arsenal for miners will grow. We have all the information we have so far about the second season, including the start and end dates.

Ghost Ship Games, which is developing Deep Rock Galactic’s Season 2, has confirmed that it will be available for purchase sometime between March 2022 to April 2022. It will be available first on Steam, and then it will arrive on consoles several weeks later.

The developer intends to keep the seasons between 4 and 6 months long. This means that Deep Rock Galactic’s Season 2 will most likely be between July 2022 – September 2022.

As development continues, plans may change, and dates could shift. We’ll only be able to know when they are officially announced.

In a blog, the developer noted that “Season02 will be a bit more ambitious and will come out quicker” than its predecessor, which took almost seven months to complete.

Season 2 will introduce a new theme and four secondary weapons, one for each class. This completes the third set available to miners since the launch of the original season.

These can be unlocked by completing assignments. They also come with mods, overclocks and unlockable weapon frames.

DRG’s new Performance Pass, DRG’s version of the battle pass system, is confirmed to offer unique rewards and cosmetic items that can be unlocked over time. It will be free, just like its predecessor.

The developer is also “discussing possibilities” to incorporate Season 1’s Performance Pass cosmetics in the game once it’s gone, so players don’t lose out collecting them.

However, the first Performance Pass will not be kept in the current game format. “That solution brings a bunch of design issues we aren’t keen to take on.”

We will be sharing more information about Deep Rock Galactic’s Season 2 and its content, as well as its start and end dates going into 2022. We’ll also update this article when we have more. Here’s what you need to know about crossplay within the co-op gunner.

DYING LIGHT 2 TWITCH DROPS: HOW TO EARN FREE IN-GAME ITEMS
RED DEAD REDEMPTION 2 GEFORCE NOW SUPPORT – WHAT TO KNOW ABOUT IT
To Top