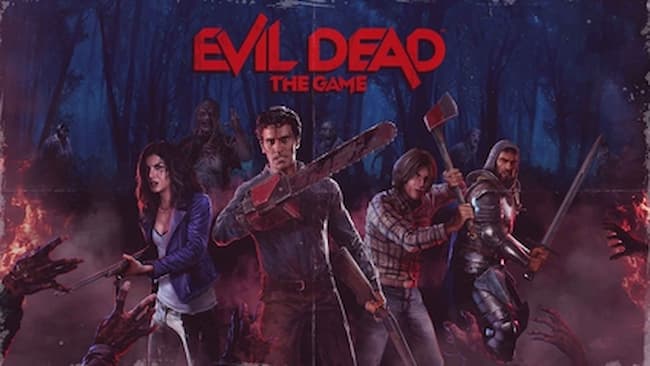 EVIL DEAD: THE GAME REELEASE DATE – EVERYTHING THAT WE KNOW

EVIL DEAD: THE GAME RELEASE DATE – EVERYTHING THAT WE KNOW

Developer Saber Interactive and publisher Boss Team Games have announced Evil Dead The Game as their next project at The Game Awards 2020.

Evil Dead – The Game results from a long absence without a videogame that was solely focused on this franchise. It pits players against scores spawned from the Necronomicon Ex-Mortis.

This is all we know about Evil Dead: The Game. Details include its release date, gameplay, characters and more.

Evil Dead: The Game was originally planned for a 2021 release. The trailer showed footage from the pre-alpha version, suggesting that there was still much work ahead.

The game was eventually delayed before it was confirmed. Its release date has been set for May 13, 2022.

Evil Dead: The Game will include characters from the entire franchise as well as “sights & sounds inspired by the films The Evil Dead, Evil Dead II Dead by Dawn’, and ‘Army of Darkness’, as well as the STARZ original STARZ ‘Ash vs Evil Dead’. ‘”

To make this crossover possible, Publisher Boss Team Games has partnered with Renaissance Pictures and STUDIOCANAL, as well as Metro Goldwyn Mayer and Lionsgate.

Evil Dead: The Game is the best, a third-person action game that emphasizes co-op gameplay. Players fight the enemies as a team of survivors in melee and ranged combat.

There are many ways to use Ash’s boomstick or chainsaw hand. An emailed press release revealed that they also participate in “looting and crafting, managing fear and finding key artifacts for sealing the gap between worlds.”

The trailer below shows you a few gameplay sequences from Evil Dead The Game. It confirms that you will also be able to drive cars.

The team has 25+ weapons, including Boomstick, Ash’s Gauntlet and chainsaw. There are also skill trees that help to strengthen characters.

Evil Dead: This game also features a PvP component. Players can take control of Kandarian Demon Ash to hunt him and his friends while also possessing Deadites, the surrounding environment, and survivors as you attempt to swallow their souls. “

We are still waiting to find out the PC specs of the title, but we will be able to share more information as we get closer to launch.

Advertisement
EVIL DEAD: THE GAME REELEASE DATE – EVERYTHING THAT WE KNOW

BATTLEFIELD 2042 PETITION FOR REFUNDS ON ALL PLATORMS GATHERS MUCH MORE THAN 30,000 SIGNNATURES
CRUSADER KINS 3 CONSOLE COMANDS AND CHEATS LIST
To Top