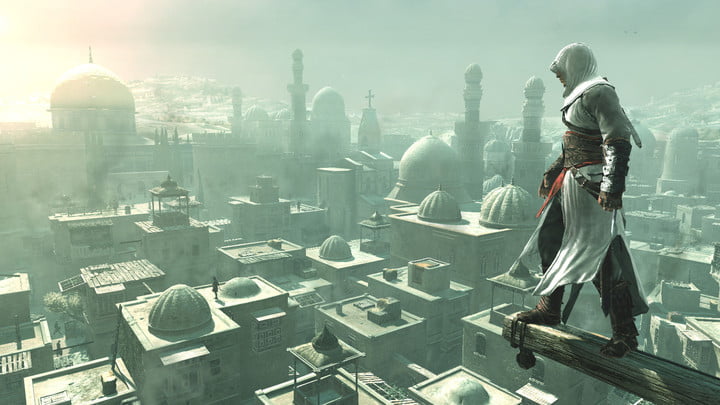 Video Games are Too Big

Video Games are Too Big

There are pros and cons to being a gamer for so long. I noticed that I enjoyed some games less than before, and I set out to find out why. Some games just seemed too large for me. Some video game worlds are just too large.

Many games have a problem with their worlds being too large. This is a marketing advantage. I see the “biggest series” as a positive. This is not something I consider to be a good thing. This does not necessarily mean that it is terrible. It is a sign of progress. However, I prefer a more miniature world where I can fully immerse myself than vast empty fields.

The vast world was why I wasn’t able to play many games in the past few years. Let’s look at some examples. I loved the setting for Assassin’s Creed Valhalla. I also love exploring the entire world. However, after 20 hours spent in the prologue location, without ever unlocking the main map, I was tired. It felt like I was doing chores, going to the next question mark or point of interest until I finished my playthrough. The game was still fun, although the world is often overwhelming.

Far Cry 6 also had this problem. However, I was able to complete the game due to fast travel. I spent as much time loading screens and on the map as the game. Playing on PS5 was absurd. I spent so much time loading screens. Although the game loads quickly, I could travel fast to experience the story entirely. While I did some side activities, my character’s build relied on every piece of gear that could increase my speed to move between locations.

Older Assassin’s Creed titles like AC: 2 and AC: Brotherhood is my favourites. Although they had a more miniature world, the stories and history were compelling. This made it easy to be interested in everything. Even Assassin’s Creed Origins, a reboot of this series, was a lot of fun. I completed the entire game and all activities within the map. These games just kept getting larger and better. Far Cry 3 was the same. I tried to determine if nostalgia was involved. I enjoyed replaying these games even though they were worse than the latest instalments.

While larger worlds are undoubtedly impressive, they don’t mean I will spend as much time playing the game.

Chapter 2: Playtime does not equal size

Techland’s latest announcement about Dying Light 2 containing 500 hours of content made me worry that it might be true. It turned out that it was not possible. If you include all collectables with multiple playthroughs, the game could last as long as it did.

It was easy to understand the vastness of the world. Side quests were interesting enough that I was able to continue the story. The gameplay was the highlight, which makes the game so unique.

The giant maps are not for games that last the longest. I’m using Assassin’s Creed Valhalla again because I have a love/hate relationship with the game. It has the most significant world in all of gaming, and that is without DLCs, which is a great highlight. However, it doesn’t affect how much time the players will spend playing the game.

Contrary to popular belief, games that last the longest do not have enough content. The two most essential elements that will make players stick around are replayability and gameplay. It doesn’t take a giant map or a lot of activities to make the map difficult to read.

Chapter 3: The Good Games That Do It Well

Games like League of Legends and Counter-Strike are examples. These games don’t have any content or maps for 500 hours (a great example of the number Techland used in its promotional materials for Dying Light 2)

League of Legends only has one map. People have been playing it for more than a decade. There are other maps, but most players play only Summoner’s Rift. It would take around 150 hours to play every champion’s game, assuming none of them is banned. The content isn’t that big. CS: GO is very similar, with a limited number of weapons and a few maps. Yet, players play these games for hundreds of hours or even thousands of hours.

This category includes Borderlands, Diablo, and other games that feature loot mechanics, character building, and many different builds. The average time to beat these games’ campaigns is 20-40 hours. You can win the same content using other classes, builds, and different weapons. This multiplies over time, not counting endgame activities. Although the game can be played for up to 500 hours, the map isn’t large, and the content doesn’t need to be filled in all of it.

All in all. Red Dead Redemption 2 and World of Witcher 3: Wild Hunt are two examples of the perfect combination of an open world with lots of variety. They manage to strike the ideal balance between quality and size. Both have worlds that I believe are close to the maximum extent. You don’t need to place a point-of-interest every 10m or create the most extensive map in the franchise if your world is engaging and full of interesting stuff. It would help to focus on the quality, not the quantity. Quantity can be a quality in and of itself, but it doesn’t mean it should always be the main focus of video games.

Advertisement
Video Games are Too Big