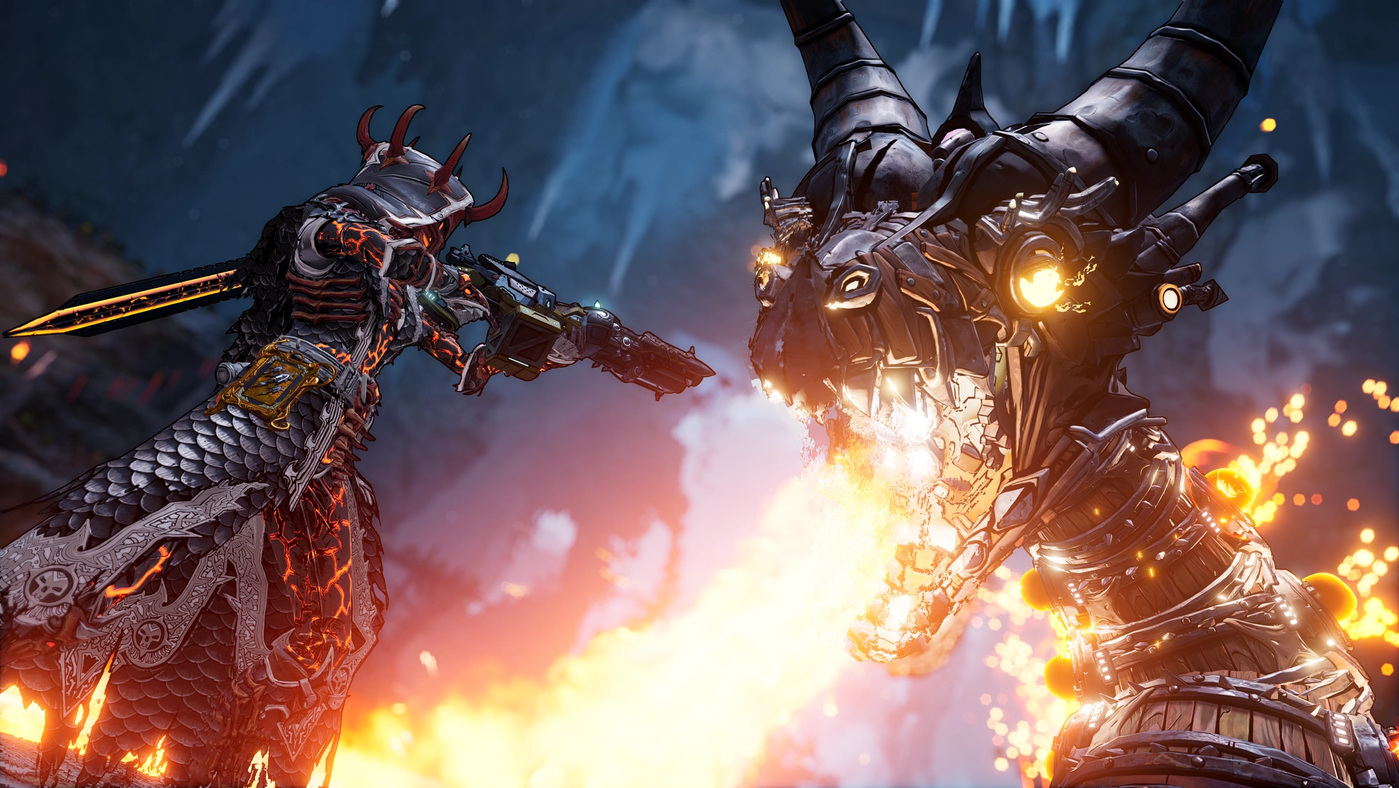 2K graciously allowed me to access a preview version of Tiny Tina’s Wonderland. This gave me unlimited, full access to Mount Craw. Although this area is not part of the entire game, it allowed me to complete the main plot quest and side quests and experiment with puzzles and collectibles. In the five hours I spent wandering around Mount Craw, I saw a few things: dragons, elemental weapons, a political movement between goblins and trolls, and many more. Although the environment was not significantly different from its spiritual predecessors, it felt more significant. I imagined what the main areas in Tiny Tina’s Wonderlands map might look like, considering that the Mount Craw area is more of an option.

Tiny Tina’s Wonderlands is not, in essence, a Borderlands title. However, many of the menus and mechanics remained the same. It wasn’t easy to accept this fact. The preview made me feel like everything I loved about Borderlands games was being reimagined, with the addition of new, magical enemies and elemental abilities that can be combined with magic-infused weapons. It felt almost like Borderlands had been merged with Skyrim. Tiny Tina’s Wonderland has the same humor and notoriously hard-working humor that we loved about Borderlands. But there’s also magic, dragons, and so many goblins. I’m eager to discover what other creatures are waiting in the Wonderlands.

Tiny Tina’s Wonderlands preview build consisted primarily of liberating a group of goblins from their oppressed workers, looting all within arms reach, and even dying a lot. Perhaps it was the liberal nature of the project, Jar the goblin, my companion, or the fact that their movement was called G.T.F.O. It kept me thinking back to the horror-survival title I loved so much. This quest was entertaining and satisfying in any case, and it showed me how fun and fast-paced these games could be.

The quest was a great way to look forward to the revolutions that I would participate in and more. The creators of Borderlands Gearbox Software are no strangers to making fun of generalized political hardships and using it in their games. Tiny Tina’s Wonderlands is no exception.

Tiny Tina’s Wonderland stuck to a familiar formula in gameplay and narrative. However, the addition of fantastical elements has made a huge difference. Although I doubt that the game’s fantasy nature of the freedom of goblins from oppression will appeal to everyone, Tiny Tina’s Wonderlands will make many happy. It’s still a lot of the same, even if it isn’t. It’s a significant improvement over Borderlands 3.

Have Fun without Frustration

After liberating my fellow goblins of their oppressors, my boss, Freezicles, was my first boss. The boss is an icy, giant skeleton who packs a powerful punch. I was almost knocked to the ground by his most frequent shots. I eventually had to run up to him to deal as much damage as possible before running away to avoid his attacks.

Although it was difficult to deal with him, his intimidating threat and humorous voice made it more accessible. As a fantasy shoot and loot game, it is the comedy elements that Borderlands creators excel at which make these games so much fun, regardless of your progress. Although Freezicles was difficult, there is no sense of frustration when you lose. Every fight feels enjoyable.

This is perhaps why Tiny Tina’s Wonderlands appeals to me so much. Tiny Tina isn’t harsh on me for failing to do well at games unless they are Wordle or Valorant. It’s one of those games that encourages you to overcome challenges. You’ll probably die several times as you attempt to free Jar’s friends from an entire encampment full of trolls, goblins, and other fascists. It’s likely to happen several times with goblins in barrels trying to push you off the map and others using long-range magic. Your enemies will not reset if you respawn or return to rescue the goblins. You’ll continue as before. This is true up to the point that you die several times. However, enemies will respawn after a particular time, so if you are determined, it is not a significant setback.

Tiny Tina’s Wonderlands is a refreshing change from the usual RPGs that make you cry over one boss. Elden Ring, I am looking at you.

Another Borderlands Experience, Albeit Upgraded

However, Tiny Tina’s Wonderlands isn’t trying to be anything more than it is. It’s a Borderlands-inspired game with more of the same art style and dark humor… It’s an enjoyable game that focuses on having lots of fun and having a lot of fun. Tiny Tina’s doesn’t need to be more than that. This game is primarily for Borderlands fans. Although it was difficult to assess my overall impression, the one area I played provided a lot of entertainment in a concise time. I believe the rest of the game will live up to those standards.