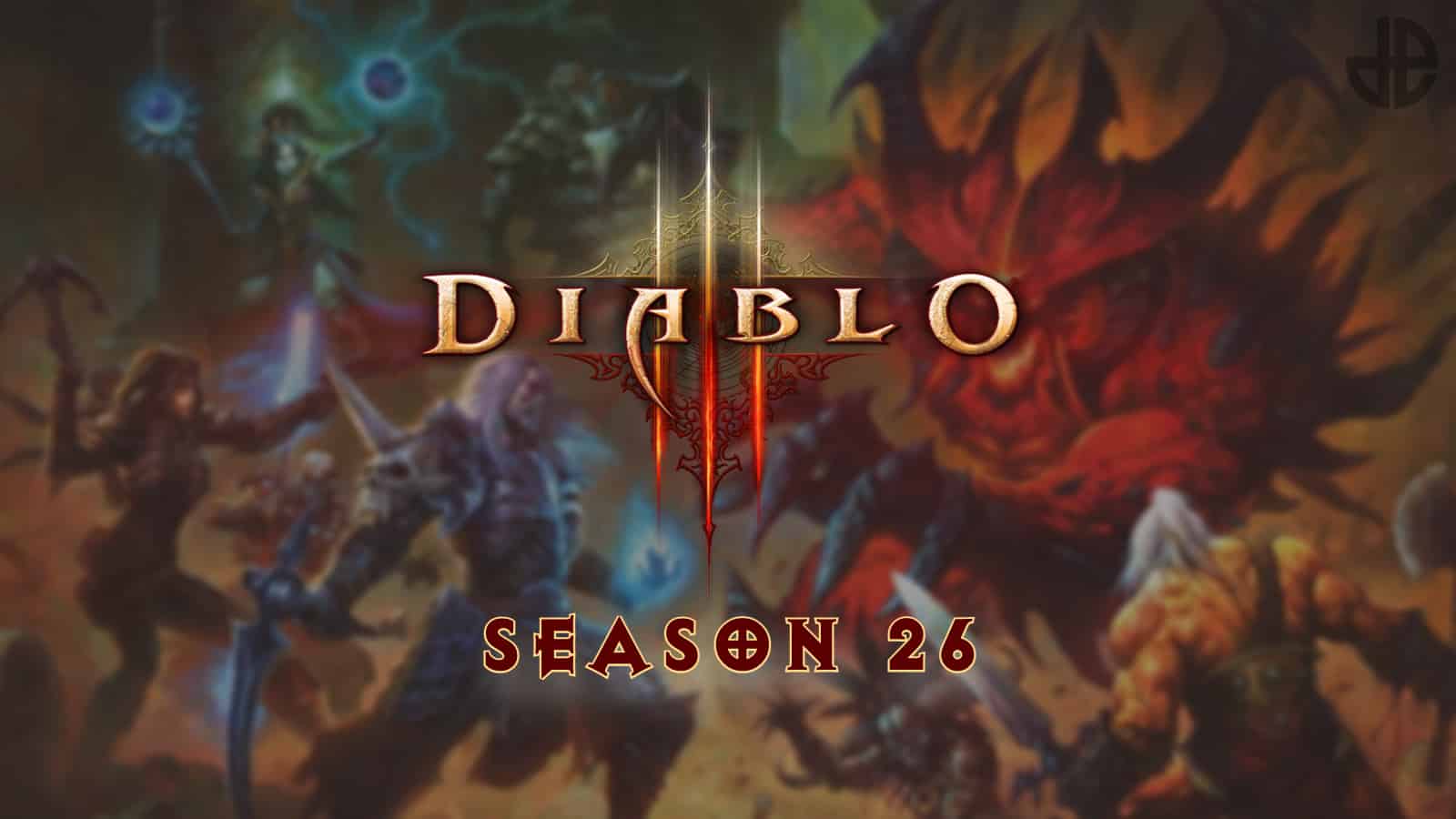 Diablo 3’s season 26 is the next step in the hack-and-slash RPG’s journey that has been going on for nearly a decade. Knowing when the end and start dates will occur is essential to ensure you have enough time to enjoy its theme and reap all its rewards.

Before Blizzard makes an official announcement, it is difficult to determine the start and end dates of Diablo 3 Season 26. Seasons in the game vary in length, with some seasons lasting between 70 and 136 Days. They usually have a two-week break between them unless exceptional circumstances exist.

Diablo 3 Seasons usually kick off on Fridays and end on Sundays. There have been exceptions to this rule in the past. Seasons 23 and 22 lasted for 128 days and 110 days, respectively. They are some of the longest seasons in the game’s history.

Season 25 began in December. This gives us an idea of when Season 26 might start. Remember that these dates are only estimates until Blizzard shares its official plans.

Later, Blizzard confirmed that Diablo 3’s Season 26 would be heading to the PR on March 10 while sharing details about the new changes.

We will probably wait a while before we find out anything new. However, we will keep our eyes open and update this article when we have more information about Diablo3 Season 26’s end and start dates.

You may also want to review Season 25’s Patch Notes. Recall how Blizzard sees Diablo 4’s Rogue Class. Or cheer for the return customizable primary statistics in the series’ next big title.

Advertisement
DIABLO 3: SEASON 26 START DATES – HERE’S WHEN IT CAN BEGIN AND END