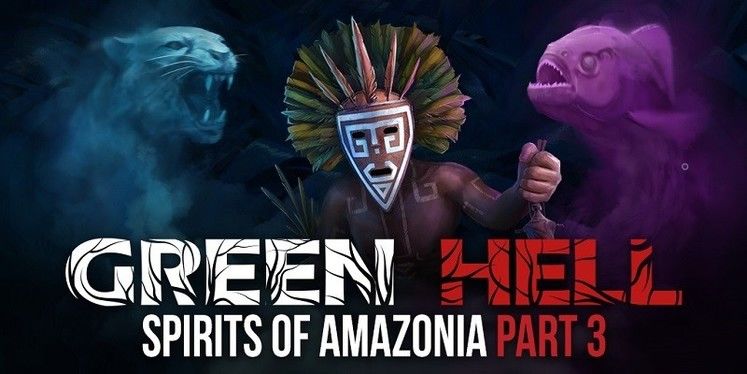 Creepy Jar, publisher and developer, today announced that Green Hell’s Spirits of Amazonia 3 update had been pushed back to late March.

Part 3 of Green Hell Spirits of Amazonia brings to an end the prequel story of the survival game. It will also be available for free for PC owners.

The third part of the prequel story sends Jake to a new area where he meets the Habukku, an Amazonian fishing tribe.

The Green Hell’s Spirits of Amazonia prequel tale has ended. This gives players the “most complete edition of the game,” said the developer, noting that more updates are in the works.

The trailer below gives you a glimpse of what to expect from the update, which will be available later in the month.

Follow GameWatcher on Twitter to keep up with the latest PC gaming news. You can also check out our YouTube videos, like us on Facebook and join us on Discord. You may find links to affiliate shops, which earns us a small commission when you buy anything through them. We are grateful.