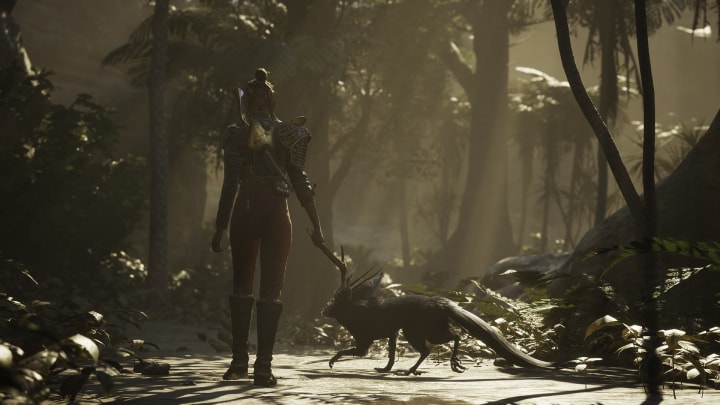 Flintlock: The Siege of Dawn is an open-world game that places players in the lead role of Nor Vanek, a protagonist fighting for humanity’s survival from the gods and their undead army.

“The Door to The Afterlife has been open, allowing the army of undead from the old God to escape from within. The living area at the edge of extinction. According to the Steam description, it is time for the coalition army to retake the world b>.

“Embrace vengeance and gunpowder, and embark on an epic adventure to lead humanity’s final battle against the tides of death. “

Flintlock: In Siege of Dawn, the protagonist of Siege of Dawn can use both the axe and gun while Enki, her strange companion, is able to use magic to defeat opponents.

As you learn the “demanding but rewarding combat system”, linking together powerful combinations, you’ll be able to mix them.

Flintlock: The Siege of Dawn will launch in 2022. It is available on PC, Xbox Series X/S and Xbox One.