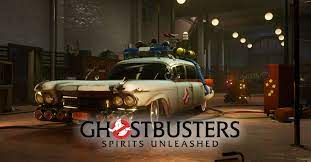 While the Ghostbusters movie franchise is a big hit at the box office, the same cannot be said for any of the video games that involve the franchise.

Activision’s 2016 last release received the lowest review score of 2016. Since then, there have been no spooky happenings in the area.

Developer IllFonic revealed plans for Ghostbusters: Spirits Unleashed, a four-versus one asymmetrical multiplayer online game six years later. You can choose to become one of the four trainers who will be guided by many of the original cast members.

According to the developer, players will “join other Ghostbusters and chase and trap ghosts at museums, prisons and hotels, and capture them before they can fully haunt these areas.”

When is Ghostbusters: Spirits Unleashed Out?

IllFonic has not yet set a release date for the Ghostbusters latest title. The game will be available in Q4 2022, just for the Holiday season. In the coming months, expect more information about the game.

Prices for ‘Hogwarts Legacy’ are now available online, Dividing Fans
Escape Death with “In Stars and Time”, the New RPG that Launches Next Year
To Top