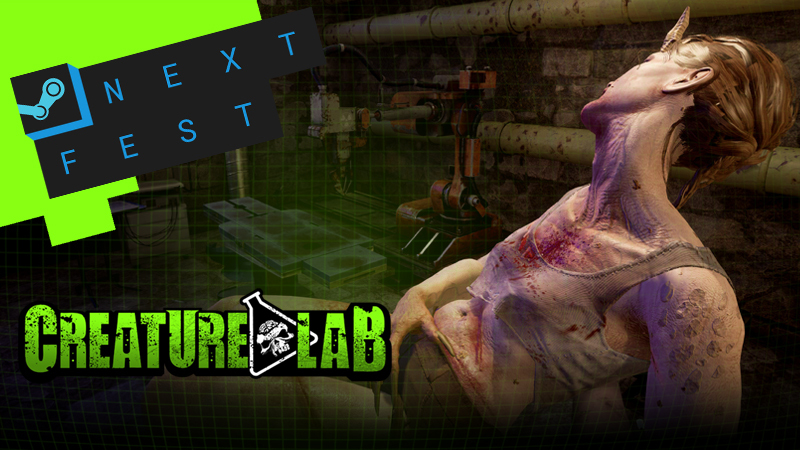 Creature Lab is a preview that will see you get your needles and scalpels ready to play the role of a mad scientist. Your lab can create monsters and mutagens; then you release them onto the world. This game has a lot of positive aspects but also flaws.

This preview was taken from the CreatureLab demo by Image Power. It’s a fantastic idea. You’ll love it if you ever fantasized about being Umbrella in Resident Evil and developing bio-weapons or creatures, or if you want to be a mad scientist. Can the game live up its promises and smooth out its kinks? We still need to see some improvements in quality of life and the best this game has.

However, there is still much to do, and it’s worth giving them the benefit. High ambition can lead to big challenges. This is true for both the developers and your character. This game is worth your attention, with a release date yet to be revealed and some promising videos and images of the game in progress.

This game’s story is perfect for me. I love monsters, and now I can channel my inner Frankenstein. The role of a scientist with ethical problems who creates monsters at a secret laboratory. Once your creation is perfected, you can send them out on missions. This could be to collect bodies or resources to create new monsters or attack the military and city.

In Creature Labs preview, it seems quite hands-off. You can mix and match mutagens, and you can graft new limbs or appendages onto your monsters however you like. It would be best if you kept your laboratory under the radar of authorities. This is a simple, strong setup that horror fans will love.

This ambition is most at odds with the practicalities of a game like this in the gameplay. The player has a lot to choose from. Some many microbes and chemicals can be used to create random effects. You can mix and match these to make mutagens that transform a corpse into an evil monster. To upgrade your lab-grown creature, you can incubate new legs. You can give your creature larger claws and pincers, which will do more damage, or better agility, by adding hooves.

It all sounds fantastic in theory. Cool is the customizability of the monsters and the ability to let the player decide which potions work well together or against each other. This gives the player the ability to make decisions and feels like a scientist. It doesn’t tell you what to do with your chemicals, which can be a satisfying experience. It is too early to know how much customization the player can do with their creatures. Although options are limited, it is a preview of what you can expect.

But there’s a problem. While it’s great to let the player decide for themselves, the game still needs some mechanics and features. It isn’t easy to know what to do. You will see symbols when you analyze an ingredient. These symbols correspond to the content of the compound. These symbols are not clear. You can use the game to find which symbols indicate that ingredients will react against each other when mixed. It is not easy to determine what the symbols might do or what symbol is the activator.

You also need to know which potions have which symbols. This makes it more difficult when there are so many options. A journal or an encyclopedia is essential to keep track of the game. You should at the very least be able to put a label on your chemicals flask to identify which symbols it contains. It’s not fun to have to reanalyze things repeatedly because you don’t know which green liquid it was. This will hopefully be solved when Creature Laboratory has completed its demo phase.

Another issue that needs to be fixed is the amount of work you have to do. These problems can be solved with a simple solution. Give the character a cart.

Last but not least, the missions are a key part of the gameplay. You can create your monster and send them out through a secret computer into the world to find resources or terrorise people. Creature Laboratory preview does not show what this means. Although you are shown a short cinematic, it is not clear if you will be able to participate in the events. This game could be improved by making the missions more playable. It feels too much like a character creator with additional steps.

GRAPHICS AND AUDIO-GROSS, IN A GOOD METHOD

Graphics and audio are where the game’s ambition looks most real. Although the visuals won’t blow you away, they are better than what I would expect from an indie sim developer. Image Power was founded as a digital painting school and concept art school. This has resulted in a visually appealing game. The lab is very well designed, and the monsters look amazing. The only issue I noticed was a bit of clothing slipping through a body once, but it was minor. The visuals in the game are very convincing. Although the corpses look gross and bloated, the skin textures and monster designs look strong.

The audio is also quite good. The soundtrack suits the moody and maniacal. The Creature Laboratory preview is best played at night. It’s a joy to be in a gross lab at night making horrible things. The graphics and audio support this.

This game is still in its early stages. Although the Creature Lab preview may be short and sweet, developers seem to have big ambitions. They say that there will be a campaign mode, unique body parts to grow, thousands upon thousands of mutagens, fear mechanics, and strategic elements for planning raids in the city and avoiding detection.

All of these sound like great additions to the game. This may be too optimistic. For example, thousands upon thousands of mutagens are only useful if they each create a new species of creature. This seems unlikely. Micromanaging mutations and the creation of limbs (e.g. You can adjust the size of your pincer and add serrations to increase crush damage.

Warner Brothers unveils the holiday release window for Hogwarts Legacy 2022
THE CRUEL KID AND THE GREAT HERO REVIEW: A BEDTIME TALE FOR ALL AGES
To Top