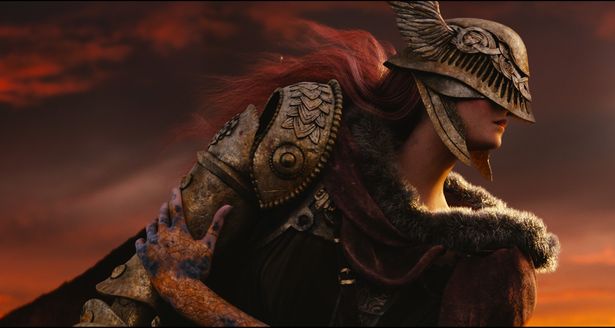 I am a terrible Elden Ring player, so not many things impress me. However, a player pretending to be an enemy NPC and fooling invaders into thinking otherwise is truly amazing.

Someone did it calmly, carefully, with more skill than I could ever imagine. They pretended to be a regular ole soldier while meandering around. The video evidence, which I waited for, was from u/xdc_lis (via @JezCorden). They kill a Godrick Soldier wearing the same equipment, and then they occupy the enemy’s path to stealthily set up PVP. My fears of being destroyed are exacerbated by my emotional breakdown in Elden Ring multiplayer.

Another Tarnished invader doesn’t notice that the Fake-Godricksoldier is walking the same route as them, just like FromSoftware programmed them. It’s understandable that someone would fall for it. They’ve got the entire ensemble running right down to the torch. But I don’t get why they are so casually shuffle back and forth, while the invading player speeds by. They’re way too close, like definitely-feels-the-wind-off-the-invader-running-by too close.

I don’t know who I am gasping for when they meet. I wanted to see someone get ganked by Tarnished, losing their cool, or some smarty-pants invader trick. But it ended peacefully with “Recusant ZSplittyy is back to their world.”

It’s clear that everyone who plays this game is still very observant. One million people have commented claiming that the imposter is too short for the role of soldier, or that they should pay more attention to the location of the target. You can also lock everything in and double-check it to be sure it isn’t a clever Tarnished NPC roleplaying.

These games make me feel like a small child playing hide-and-seek. I will start cackling if someone comes within earshot. I don’t mean floundering around and giving away my position. These hiding spots were obvious in Dark Souls II, and I fell for them. It was kinda like this guy getting stabbed in the bush. Tarnished disguised as soldiers, bushes and pretty much everything else should be avoided, y’all. I am paranoid and swinging at all.