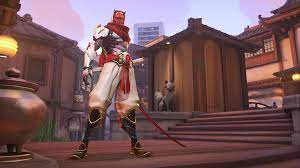 Thanks to a twist of events, the Overwatch Anniversary Remix Event Volume 1 will be available on April 5th. This includes all past event skins, brawls, and cosmetics. Also, the re-coloring of fan favorite skins. Learn all about the three-part event, including what it means for the sequel and the game’s future as a whole.

The Anniversary Remix Event will be starting soon, as teased by the Overwatch Twitter account. This is the first “new” event since the game’s debut year. This new event celebrates Overwatch’s past and offers a spin on some fan-favorite skins in the game, such as Witch Mercy.

All previous event skins, brawls, and events will be returning to the yearly Anniversary Event. As they did in the past, archive missions, Lucio Ball, and Mei’s Snowball Fight game modes will continue to rotate over the next three weeks. However, archives, summer Games, and the standard Anniversary Event won’t be returning.

What’s new at the Overwatch Anniversary Remix Event? Fan-favorite skins will be released once again, but they’ll be re-colored to create a new theme. It’s also a three-part event. This event sounds like it will replace Archives, Summer Games, and the formal anniversary events. Instead of these celebrations going live as they would usually, we will be playing volumes 1 through 3.

This is fascinating news. Why didn’t they mention the Summer Games Event? Is it possible that the developers aren’t referring to the Halloween Event as a replacement for volume four? This hints that an October release of the Overwatch mode could be in store.

Last Chance to Claim March 2022 Games With Gold
FFXIV 6.1 Ninja’s Trick Attack gets Nerfed, Mugged Even — But it’s not all bad!
To Top