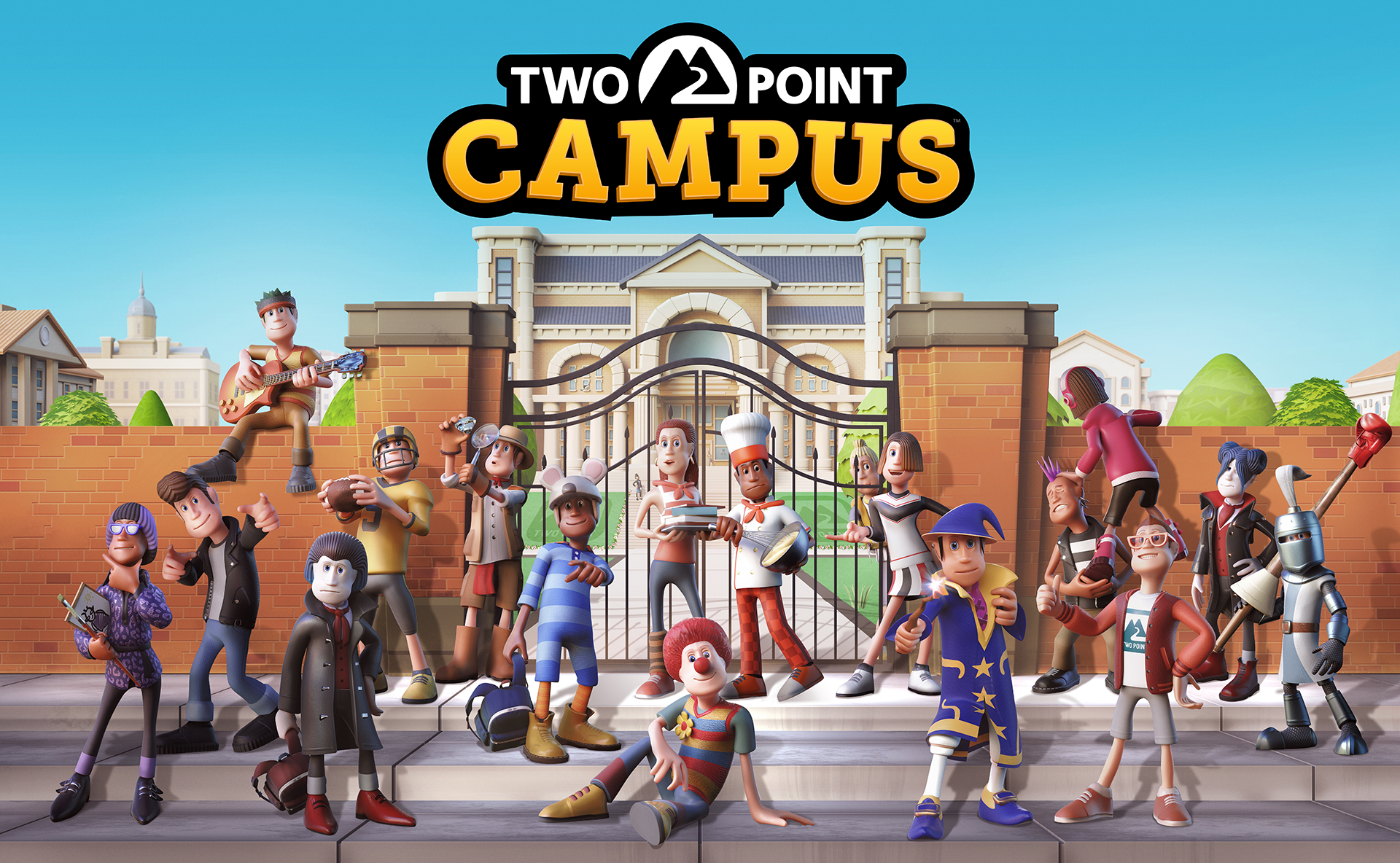 Publisher Sega and developer Two Point Studios today announced that university management sim Two Point Campus has locked down its release date to the middle of May. Pre-orders for the title are also live now across most platforms.

Two Point Campus will also be available on PC Game Pass and its Xbox counterpart at launch. Its release date announcement is accompanied by a new trailer showcasing some more of its activities alongside the return of giant pizzas.

“In Two Point Campus you will be able to build the campus of your dreams, while shaping the lives of your students to give them the adventure of a lifetime, full of meaningful relationships, fun extracurricular activities and of course…top quality education,” the publisher explains in an emailed press release.

Keeping track of your students’ traits and needs ensures that they’re happy which, alongside good grades, ups your campus’ Prestige. In turn, this attracts new students, making you more money.

Two Point Campus comes with a humorous spin on classes like Gastronomy, Archaeology, and Robotics – hence the giant pizzas – but also includes activities like Cheeseball or live concerts for your students to partake in when they’re not busy studying.

The game also lets you build your campus from the ground up, while sticking to the accesibility that made its predecessor very easy to pick up.

Pre-ordering Two Point Campus gets you three additional items – a U-shaped Topiary, the Fountain of Knowledge, and the Pearl of Wisdom – which you can use as decorations. Owners of Two Point Hospital that pre-order its follow-up also get a varsity jacket and suit of armor to use in the hospital sim.

Players who opt for purchasing the game’s physical version will receive its Enrolment Edition, which comes with a fold-out campus map, a university prospectus, and its own exclusive packaging.

In early April, the developer announced that Two Point’s Campus would no longer launch in May, its release date being delayed by three months.

“Our ambition from the start has been to release Two Point Campus across all PC and console platforms simultaneously to the quality and standard that our community expects from us. This means we will need a little bit more time with Two Point Campus to make sure we deliver the best possible game that can be enjoyed equally on all platforms,” said Game Director Mark Webley. “We will use these additional three months to optimise Two Point Campus for all platforms.”

Two Point Campus is set to launch on August 9 and headed to PC, via Fanatical and other major storefronts, Xbox Series X/S, Xbox One, PS5, PS4, Nintendo Switch, alongside Xbox Game Pass.

Pre-orders are live on all platforms aside from the Nintendo Switch, which will also be available soon. If you haven’t already, signing up for the County Pass also gets you the in-game Golden Toilet item at launch.