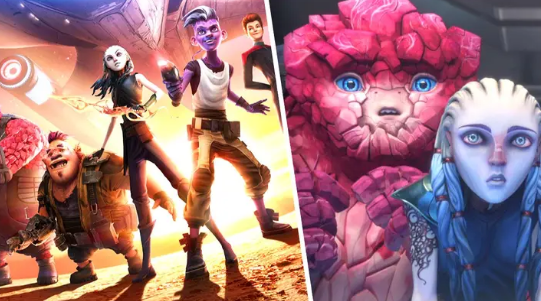 According to reports, a new Star Trek game has been leaked

According to reports, a new Star Trek game has been leaked.

Ahh, the age-old question – Star Wars Or Star Trek? It doesn’t really matter if it’s TV shows or movies. Nerds won’t, and I don’t mean ever, let two similar things coexist without deciding which one is better. Console wars continue to be fought today – but it is pointless. However, like a dog with its bone, you cannot shake off a diehard fan of anything.

It’s funny that just days after LEGO Star Wars: The Skywalker Saga was released, a new Star Trek video game appears to have been leaked online. It’s hard to believe that Star Wars fans won’t have their moment. I jest. GamesRadar+ reported that a banner posted by TrekCore.com at the Star Trek: Mission Chicago conference revealed the title.

The banner states that the game will be called Star Trek – Supernova and available on Xbox Series X/S and Xbox One. Tessera Games, a Spanish-based team founded in 2017, will develop the game. Outright Games will also work on it. Outright Games has been involved with some licensed titles, including Paw Patrol games and the absolute banger My Friend Peppa pig. So, uh, that’s something?

The box art is there if you want to try your luck at spotting hidden secrets. However, we can only conclude that Outright Games will be sharing more information about the game on their YouTube channel next month. We may find out if it is real or not too far away. The convention started today and will continue through Sunday. So, somewhere between now and then, it would seem like it would be officially confirmed.

Does that sound interesting to you? It was announced in December that another Star Trek game, Star Trek Reurgence, was in development and would be available from early to mid-2022. Soon, then? It’s being developed in collaboration with a group of ex-Telltale developers. I have more faith that it will be good than the one made by the people behind Peppa Pig.

Advertisement
According to reports, a new Star Trek game has been leaked