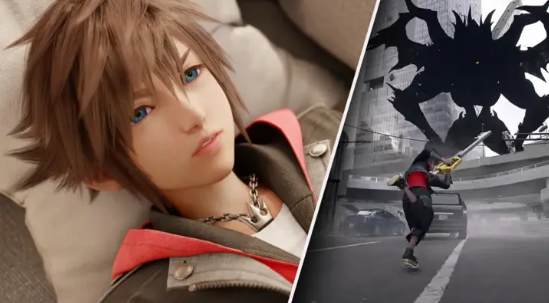 Officially, ‘Kingdom Hearts 4’ has been Announced. It Looks Amazing

Officially, ‘Kingdom Hearts 4’ has been Announced. It Looks Amazing

It’s finally over. Square Enix has announced that Kingdom Hearts IV will be available soon.

The Square Enix/Disney crossover, which centers around Sora’s main character, debuted in 2002. It sees Sora meet various Disney, Pixar and Square Enix characters as he tries to defeat the evil Xehanort. The action RPG has sold over 35 million copies and fans are eagerly awaiting the next installment of Sora.

Square Enix officially announced Kingdom Hearts IV to celebrate the 20th anniversary of Kingdom Hearts. The accompanying trailer gives a glimpse at what Sora might face in the mysterious metropolis that he awoke in after the secret ending of the last game.

The trailer says that the heart is found within the soul and is guided by fate to its rightful home. This doesn’t reveal much. Square Enix added some context to the trailer, featuring Disney favorites Donald Duck and Goofy.

“Sora makes an impressive return with an updated look to the start of an epic new storyline called the ‘Lost Master Arc. The developers teased that the game’s opening scene features Sora fighting a giant enemy boss. They then introduce players to the Quadratum, an expansive, large city in a stunningly realistic world.

“Fans will be thrilled to see Sora’s familiar companions return, as well as the first appearance by Strelitzia (a mysterious new character who appears in this strange new setting before Sora),”

Square Enix is not releasing a date or revealing which platforms Kingdom Hearts IV will release on. However, we are very interested. Square Enix also revealed the Kingdom Hearts Missing Link mobile title, which will be available for closed beta testing in the latter part of this year. We say, “Bring it on!”

Advertisement
Officially, ‘Kingdom Hearts 4’ has been Announced. It Looks Amazing