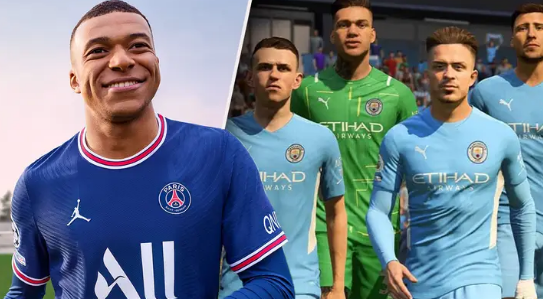 “FIFA 22” Finally Gets the Feature It Deserved At Launch

“FIFA 22” Finally Gets the Feature It Deserved At Launch

We’d expect to hear news about Electronic Art’s upcoming FIFA title, but we haven’t. FIFA 22 keeps its place in the spotlight. It is part of May’s free PlayStation Plus games, and FIFA22 will soon release a major feature.

FIFA players could only play online with other FIFA players until now. However, the days of having PlayStation matchmaking lobbybies and Xbox gamemaking lobbies is over. FIFA 22 will launch cross-play.

EA has announced that cross-play support will be available for FIFA 22 on the PlayStation 5, Xbox Series X/S, and the Stadia editions of the game. However, a release date is not yet known. FIFA22 fans will have for now to accept EA’s promise that it will be released “in the near future”.

Cross-play is currently being tested for two modes: Online Seasons or Online Friendlies. EA has assured players that cross-play will not affect matchmaking regardless of whether or not they use it. It will simply be “just another part” of the game.

Electronic Arts stated that “while we want our players to play as many friends as possible, but we also want to make it easy for them to do so, we have limited the testing to these two modes in order to reduce the risk of creating new problems.”

They explained that they were confident that the game data, feedback, and gameplay from these two modes would help to inform how Cross-play could be further implemented in future titles.

Cross-play will be toggled on and off via a widget in the menu screen when the feature launches. You can also search for friends on other platforms, block players, or add friends. Matchmaking via location will also be possible. It may take a while before we can matchmake via location, but this is a positive sign for the franchise’s future. Cross-play should be a given for FIFA 23. Or should it be EA Sports FC23?

Advertisement
“FIFA 22” Finally Gets the Feature It Deserved At Launch