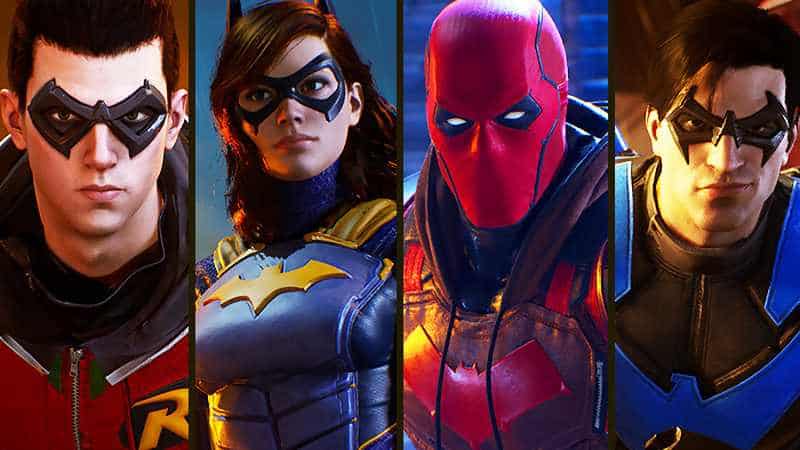 Another DC game will join the growing list of comic book games. Gotham Knights will be an action RPG video game developed by WB Games Montreal and published by WB Interactive Entertainment. This open-world action game, which is based in Gotham, will be available on PC, PlayStation 5 and Xbox Series X/S. It features a variety of DC heroes such as Robin, Nightwing, Batgirl and Batgirl. We have a sneak peak at the gameplay of Nightwing and Red Hood in the latest Gotham KnightsGameplay trailer.

Nightwing, also known by Dick Grayson, is well-known for his large collection of tools and weapons. Nightwing was Bruce Wayne’s adopted son and a former Robin. He learned how to use all the gadgets and tools Batman used. His adoptive father taught him many of his skills, including how to be a prodigious athlete, hacker, and excel in firearms and investigation.

Gotham Knights is an open-world title. This means that maneuverability is a key element to include in this type of game. It’s a feature we see repeatedly in games such as Prototype, Spiderman and Arkham City. Gotham Knights is no exception. What makes it different is that each character of Gotham Knights has their own method for maneuvering around the city. The gameplay trailer revealed that Nightwing has his glider, the “Flying Trapeze”.

When we are Red Hood, we experience a new type of Gotham Knights gameplay. Jason Todd, another of Batman’s adopted sons and a former Robin, is well-known for being more violent and using lethal methods to combat crime in Gotham. Red Hood prefers to wield several of his guns, while Nightwing prefers combat hand-to-hand. Red Hood prefers to fight with his foes in a more rounded manner, and uses the other tools he has at his disposal to control the crowd.

Red Hood has many of the same abilities Nightwing has, but because he is immersed in Lazarus Pits, Red Hood also has some magical abilities. Talia Al Ghul taught him magic negation. He also double-jumps between his grappling hook method for transportation through Gotham. You can see the gameplay trailer below to see it in action.

Is From Software going to develop popular anime games?
Bungie Supports Pro-Choice Statement in the Face of Reported Sony “Muzzle”
To Top