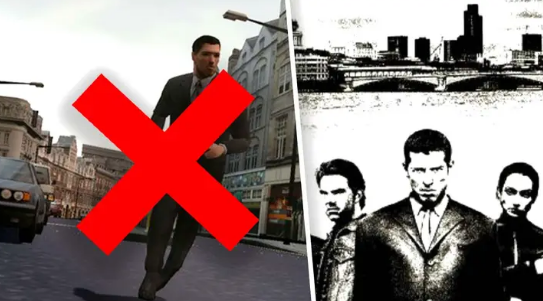 The New Game From ‘The Getaway Studio’ Is Not A Sequel

The New Game From ‘The Getaway Studio’ Is Not A Sequel

PlayStation’s London Studio, aka the merger between Psygnosis Camden Studio and Team Soho, revealed last month that they have an ambitious title in development. People went wild. Although no information was given about the project, it is coming from the same studio that created The Getaway. And since 2022 marks 20 years of that game’s 20th anniversary, everything seemed to be going according to plan for a brand new game in the series.

The Getaway was released on the PS2 in 2002. It was GTA in London and was quite great. Its 2004 sequel was not as successful, so a third title was later cancelled. Fans hoped that 2022 would bring the series back to life, but it turns out that London Studio’s next title is completely different.

According to eXputer it seems like a new IP is being developed. has a job listing for a Lead Narrative Designer. As Lead Narrative designer, you will work directly with Writers to create a world lore/story bible that allows the team to build amazing characters and environments for the game.

It states that the designer will be responsible building worlds. This strongly suggests that they will create something completely new, and not just add to existing content. The listing also details the “scope” of work, which includes “creation and ongoing campaign to develop narrative and add new content”, as well as “development and lore of an intriguing backstory that will provide a foundation for years of story.”

It’s likely that we won’t find out much about this until quite some time, but The Getaway fans should be patient and let go of their hopes, as it doesn’t sound like a sequel. Better luck next time, I guess?

The new trailer for ‘Hogwarts Legacy” reveals PS5 specific features
For a limited time, ‘Horizon Forbidden west’ and will be free to play
To Top