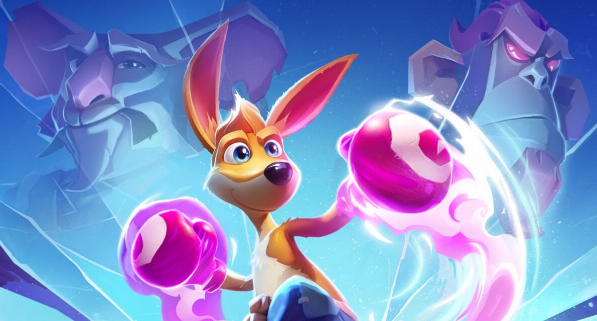 2022’s Kao the Kangaroo was the first Kao game since 1997. This is a big deal considering the disappointing ending of the original trilogy. This game is a joy to play and easily the best in the franchise.

Kao is a young kangaroo that sets out to find Kaia and Koby after they disappear one by one. It’s not a 3D platformer that does anything new, but it is pretty typical of the genre. Kao battles enemies, jump between platforms, collects coins and explores levels to uncover hidden areas. Many elements from previous Kao games are still available. You can still use your ears for chase segments and climb on nets. And you can even kill enemies with a triple punch.

The game is a standard 3D platformer with Kao the Kangaroo content for most of it. However, its charm makes it stand out. It’s a charming and delightful game with very endearing characters. Kao is a particularly likeable protagonist. He steals almost every scene he appears in. His voice actor Antek Scardina gives an excellent performance as the titular character. But there’s also his new character design. Kao’s updated design is more humanistic than his cartoon-style 30s character. He has fluffy hair, small eyes and proportionate body parts.

The other characters are also very likeable. The gadget is the only character who has returned from the original trilogy, and he’s even better to be around this time. However, the most notable characters are the ones who have never been seen before. The franchise welcomes Walt, Kaia and Koby. These characters have fun personalities, and it’s easy for you to be excited to see more of them in the future. Although the dialogue is written beautifully for most characters, some lines seem to be too young to be enjoyable.

It looks beautiful and has very creative world designs, especially in the last two. Although the worlds may not be extraordinary, they are still very inviting and enjoyable to look at. These are places that you will want to explore and spend time in. The game’s visuals are similar to a PlayStation 2 Crash Bandicoot and Scooby-Doo, but with better graphics. Given how prevalent early 2000s nostalgia has been since the 2020s, Kao the Kangaroo feels right at home in this decade.

But great writing and excellent visuals, and the character design are only half the battle when it comes down to video games. What about the gameplay? If you have played any of the three original Kao the Kangaroo titles, you will know that the franchise isn’t known for its difficulty. Kao the Kangaroo 2022, just like its predecessors, is an easy game. While it’s more complicated than the other games in the trilogy, each level can be beaten with very few attempts. You might be able to win some of them with just one try. This is not a game you can’t lose, but you are always close to beating the boss.

Although the game lacks challenge, it is still well-made, so it can be enjoyed even if you do the basics. It’s a lot of fun to run around collecting coins and jumping from one platform to the next without worrying about precision or getting enough power to kill multiple enemies at once. Although it’s not difficult, there is joy in exploring the world and finding all the collectables. It’s laid back fun. The tasks are simple, but the world’s enjoyment is so great that you don’t mind spending a lot of time there.

Even if Kao isn’t challenged enough, it doesn’t lack variety. There’s a lot to do, and each level offers something new. Kao can not only jump and run here but can also swing from hooks and slide on the ice. He can activate platforms using different types of punches and climb nets. Although it seems obvious, this is a welcome upgrade when you think about how the original Kao the Kangaroo was just about going forward and fighting your enemies.

Advertisement
REVIEW: Kao the Kangaroo (PC), A Jump in the Right Direction