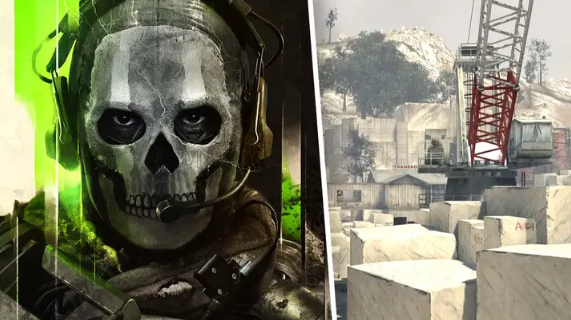 It was announced in late April that Call of Duty Modern Warfare II was on its way. It’s not Modern Warfare 2. That would be highly confusing. We had that one back in 2009.

We don’t have much time until Infinity Ward’s next CoD release, which is scheduled for a 28 Oct release date (yes, that’s confirmed). However, this is not stopping the rumors and leaks from continuing to circulate – one insider suggests that fans may be getting a long-overdue feature which will cause a lot of hype.

A report by Ralph Valve, published on WhatIfGaming, states that Modern Warfare II will include a map editor for the first time in the series’ history. Valve reports that Infinity Ward, Treyarch, and others are reportedly planning to create “a community-led effort,” giving players all the tools they need for editing an existing map in a new offline mode.

According to reports, players will have the ability to alter and modify the objectives and restrictions for a map. They can also customize spawn points and alter the scenery. It’s not surprising that mods to maps will be controlled (presumably so that no bug-filled, glitchy messes are allowed). Map creators can also be approved with a checkmark.

Reddit fans have responded positively to the rumor. “The return on Steam and the addition of another map editor is starting to sound like COD’s moving in the right direction,” wrote AlwaysLaughAtLife. “Wild that Call of Duty 2 is my most anticipated game this year. It’s a great time to be alive, said Standard_Aerie_3792.

We might soon find out whether Summer Game Fest is true, with Summer Game Fest just a few days away. Valve claims Treyarch plans to include the map editing feature in an unannounced 2023 game. It might also confirm it for Modern Warfare II. We’ll have to keep an eye on this.