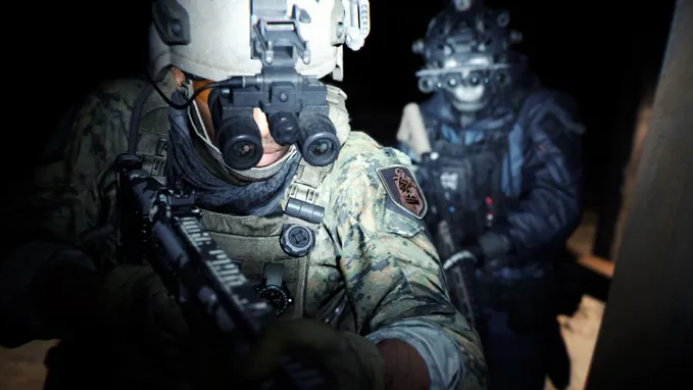 AI is often used in shooter games, particularly single-player. Infinity Ward revealed that AI had been updated following the global release of Modern Warfare 2. This is to increase realism and provide a new level of immersion.

The reveal offers fans a first glimpse at Task Force 141’s action in a single-player campaign packed full of action.

The developer also revealed that Ricochet anti-cheat would be available at launch, along with future titles which use the same game engine. He also claimed Modern Warfare 2 AI is now more deadly than ever.

Infinity Ward claims that it was inspired by airsoft players to create AI movements and learn how they try to enter buildings and evade cover.

The developer, inspired by airsoft players, created an AI that is fully aware of its surroundings and will cover itself when threatened.

Mark Grigsby is the animation director at Infinity Ward. He says Modern Warfare 2 AI feels like “naturally human people who are anxious about their lives,” creating a new level of realism.

Call of Duty’s previous AI is very easy to work with, even when faced with Veteran or Realism issues. The single-player story will be more difficult due to the additional realism.

Infinity Ward claims that AI will be present in all modes, including Warzone 2. Are empty multiplayer lobbies possible to feature bots?

The developer confirmed that it had tested Modern Warfare 2 AI against 100 players, alongside 300 AI. This suggests there is plenty of potential for the new AI.