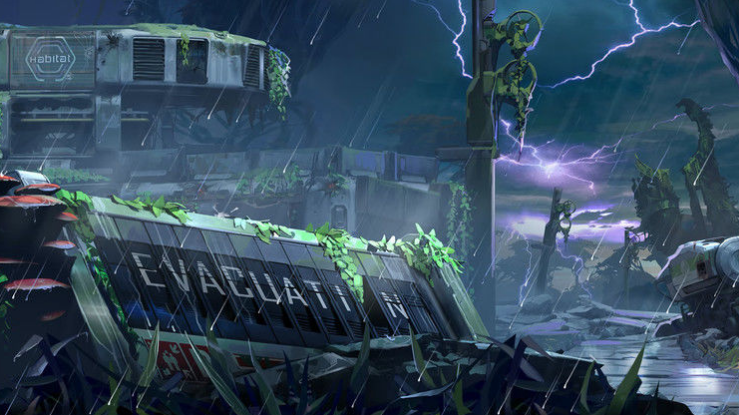 THE CYCLE FRONTIER STORM DURATION – HOW LONG CAN STORMS LAST?

THE CYCLE FRONTIER STORM DURATION – HOW LONG CAN STORMS LAST?

Matches in The Circle: Frontier can be difficult and last a while. Storms can also be a problem.

This guide will explain how storms happen, what they mean, and give you some tips and tricks for making the most of them.

The Cycle: Frontier – How Do Storms Work?

Storms are a good thing to be aware of. You will receive warnings when they approach. These warnings will give you time to evacuate your character in case of a storm. This is important because storms can prevent players from leaving or entering the map while they’re active.

You don’t need to leave if you are confident in your abilities. While storms can lock you into the map, they also offer benefits that go along with the increased danger of staying put,

You can ride out a storm by staying undercover. The summoned electricity won’t reach you. However, these areas will attract other players and lead to many PvP fights that you might not want to engage in.

Players who are quick to get up and move can do so without fear. However, it is important to be aware of the surroundings. If the player does not move quickly enough, red electricity will build up under them every 15-25 seconds. Suicide is to stand still during a storm. Moving is key to survival.

No matter what method you use to weather the storms, it doesn’t take much time, and they usually last around 5 min.

A decrease in the player count is one of the major benefits of being out in a hurricane. The number of active combatants decreases, making looting in higher-end areas easier.

THE QUARRY Co-OP SUPPORT – WHAT YOU NEED TO KNOW ABOUT MULTIPLAYER
STRAY pre-order, the third-person (feline adventure game) you need
To Top