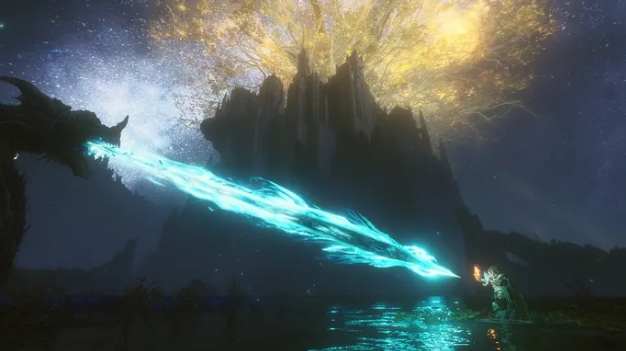 Elden Ring can make navigating challenging, and you may feel helpless trying to save the world even if you have your motivational talk from Israel Adesanya.

There are also some veterans who, despite their medieval firepower, consider themselves more like Aragorn, Gimli, or Legolas.

No matter which side you are on, a new mod may be proper for you if you cannot look at the word “ring” without thinking about Middle Earth.

Elden Ring gets a Tolkien-Inspired Makeover.

The mod is called The Lord of The Elden Ring By Numa and was created by Numa1986, who wanted to create a “mystical atmosphere and a realistic feeling” in the game using just one mod.

The title of the mod refers to the Lord of the Rings films. It attempts to make Elden Ring’s visuals more like the movies by using a shade that hides some of the game’s rougher textures.

Numa1986, a minor tweak might be necessary to make the game look exactly how you want it to. Visibility in dark areas can sometimes lead to jumping scares and some difficulty seeing enemies, loot, or routes far away.

This should not discourage you from installing it. Follow the instructions on the description page to ensure that everything works as it should.

You might also consider yourself a Middle Earther, or want a shade that will make your game stand apart from the rest, then another mod called” “by Crafting could be the right one.

Red Dead Revolver Gets a Gorgeous, Unreal Engine 5 Remake
Macross Plus finally coming to Blu-Ray in West
To Top