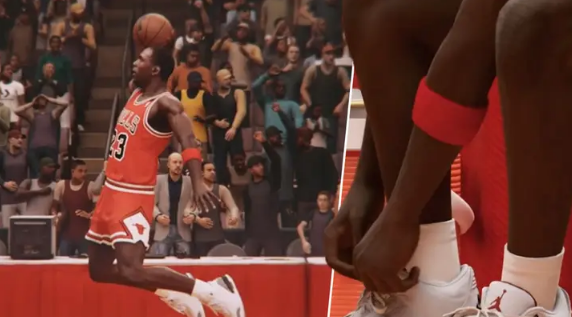 Michael Jordan is synonymous with basketball as Pele and Maradonna are with football. They are inseparable and intertwined. It makes sense that Michael Jordan will get his NBA 2K23 edition and be the cover star of both the premium Championship Edition and those games.

2K is the publisher and developer of NBA games. Today’s’ announcement said that the 14-time NBA All-Star and five-time NBA Most Valuable Player, six-time NBA World Champion, and recent Hall of Fame Inductee would be featured on the covers of the two editions.

The trailer shows off some of Jordan’s’ most iconic skills, as well as snippets from NBA2K23. The trailer’s’ small print also mentions “”exclusive challenges”” and the MyTeam rewards that PlayStation 5 owners will receive every season up to September 2023.

2K released a press release ” “to announce the news. It stated that they “honour the impact Jordan made for basketball on an international scale, NBJordan’s’ excited to be in able to showcase Jordan’s’ greatest moves on the virtual court to relive one the most sensational times of NBA history, including a rebuilt version of the” ” legendary Jordan Challenges from NBA 2K11.”

Jordan appeared in three NBA 2K instalments, his last appearance being in NBA 2K16 Special Edition. In the days ahead, more athletes will be announced as cover stars. From July 7th, fans will be able pre-order the NBA 2K23 Michael Jordan edition. NBA 2K23 is due to be released on September 9th.

James Light, Producer of ‘Hell Let Loose,’ Has Perished at the Age Of 28
James Cameron Says No Whining Over ‘Avatar 2’ Massive Runtime
To Top