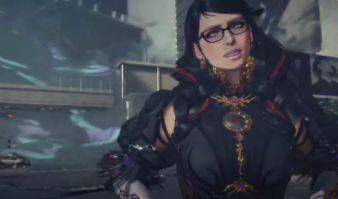 Although it was one of the first games announced for the Nintendo Switch in 2017, we’d’ seen very little of Bayonetta 3 since – until now!

It’s’ been so quiet on the Bayonetta 3 front that some fans thought the game was cancelled, prompting game director Hideki Kamiya to reassure them it was not!

Nintendo has announced Bayonetta 3 has a launch date – and the witch will be back just in time for Halloween! Bayonetta 3 will launch on Nintendo Switch on October 28th.

A while back, Nintendo and Platinum Games graced us with a 3-minute gameplay demo of the third entry in their Devil May Cry spiritual successor series, which revealed that not only had things changed in the world of Bayonetta, but Bayonetta had changed as well, sporting a fancy new character design and declaring that she was “unfashionably late, but ready to give you everything you want” with a cheeky wink before she sprung into action.

All of the trademarks of her usual hair-magic-based fighting style were there, thankfully, alongside what looked like new segments that expanded upon the moments where you would control colossal beasts during what were effectively kaiju battles in Bayonetta 2.

Is there a new Bayonetta voice actor in Bayonetta 3?

There had been some doubt cast over whether Hellena Taylor would reprise the titular role for a third time in Bayonetta 3 recently and it seems we can confirm now that theThere’srecast the leading role in the new game. There’s no word on who ththere’sayonetta voice acto yet, but we hope there’s an in-story reason for the change. Maybe this is a younger BayonetWe’rehat would explain the design changes, too.

We’re very excited about Bayonetta 3, which is easily one of our most anticipated games ofhaven’tS. Nintendoendo, SEGA and Platinum Games haven’t given a firm date on when the game will launch; the yeWe’lle’ll expect it to be sooner rather than later. We’ll let you know the Bayonetta 3 release date as soon as we know.

Bayonetta 3 was one of several exciting projects that were shown off tonight at the Nintendo Direct. If you want to learn more about what was shown, we suggest you check out this page.