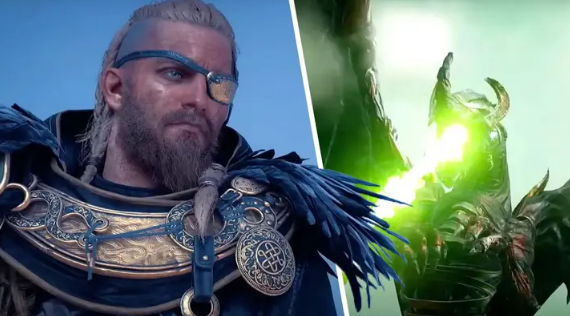 Assassin’s Creed Fans worldwide eagerly await news about the next title. In celebration of the 15th anniversary, Ubisoft has been hosting various events.

Ubisoft will host a Livestream to reveal “the future of assassin’s Creed.” Many believe this stream will occur during the Ubisoft Forward multigame showcase in September. It’s confirmed that a massive free update to Assassin’s Creed Vahalla will be available tomorrow (2 August).

PCGamesN reported that Valhalla’s Forgotten Saga would introduce rogue-lite gameplay into the series. This is a piece of excellent news in itself. The basic idea is that weapons are randomly generated for each run. Each time you die, you’ll be thrown back at the beginning. However, you can carry your armor to subsequent runs, which makes things easier. You can think of Hades but with an Assassin’s Creed paint job. Fun stuff.

Odin will be the playable character in this DLC. Hel’s enemies are defeated as he travels through four regions of Niflheim. There are a variety of hidden merchants in each region, as well as areas filled with unique enemies that can unlock permanent upgrades if they are defeated. You’ll need to spend gold for upgrades and other abilities.

Bizarrely, Ubisoft confirmed the release date via a YouTube comment. This comment was made on a video that Ubisoft posted recently. It was first highlighted on Reddit. It’s a lot earlier than we expected, even though it was announced only in June. However, it looks like it will be a lot of fun.

It is possible that the “future” of Assassin’s Creed, as teased, may be Assassin’s Creed infinity. This live service game will represent a major shakeup to the franchise. Although this might not be the single-player title most fans desire, we will have to wait and watch how it plays out.

Preview of ‘Saints Row: Back to the Series’ Roots, But Thoroughly Modern
Tony Hawk Joins Tribute Band to Sing Songs from His Games
To Top