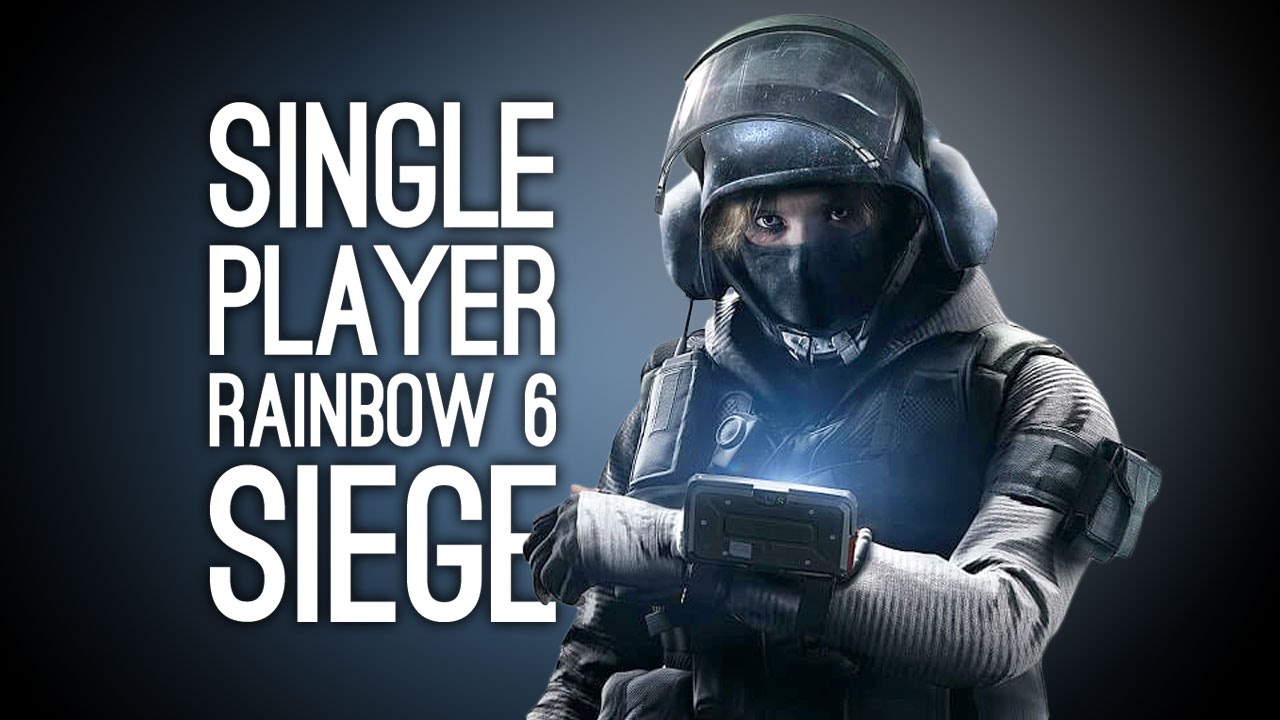 Ubisoft’s tactical multiplayer game Rainbow Six Siege was released in 2015. With seven years of content, it’s easy for new and seasoned players to get their hands on it. There’s plenty to be enjoyed in the Siege world, thanks to subscriptions, sales, and lower prices for older games. But, if you love solo content, Rainbow Six Siege is worth it.

Rainbow Six Siege has only two modes that allow you to play the game offline in single-player scenarios. Online multiplayer is the best way to enjoy Siege. Unfortunately, these single-player modes aren’t able to offer the new and transformative gameplay that you’ll find in multiplayer.

– Elimination. (Take out all terrorists).

Extract Hostage (find a hostage at the level, get them and make it to the exfiltration point).
Protect Hostage This is the only Training Grounds mission where you can act as defenders and must stop terrorists from killing the Hostage
– Disarm bomb (players must destroy the two bombs on the map and be swarmed with terrorists)

These modes and missions can be played in co-op with five players, but they can also be played solo using the Lone Wolf setting. You can adjust the accuracy and damage of the AI using three different difficulty levels. While it is an option for single-player content, Training Grounds can be a great way to get players warmed up before moving into matchmaking. However, it is too repetitive and restrictive to be worthwhile on its own.

Situations are the main single-player mode. It can be found under the Learning Area section. The Situations mode is the story/campaign for Rainbow Six Siege. It also serves as a tutorial for Training Grounds and Siege. Situations is the story of the Rainbow Six team, formed to counter terrorist threats worldwide. The mode culminates in an attack by the White Masks on an American university with chemical weapons.

Players will need to complete 10 escalating missions before they can reach that point. These missions take place on various multiplayer maps within the game. Players must find maps that White Mask terrorists populate to complete the situation. Each Situation will have bonus requirements for players to earn stars. The missions gradually introduce you to unique Siege mechanics like rappelling, breaching, etc.

After completing the 10 situations, Article Five will be unlocked. This special mission is an endgame mission for Situations. It takes place on a modified Bartlett University map. To access the mission, you must join matchmaking with four other players to complete the Situations mode. For players who want to play Rainbow Six Siege single-player, this mode is impossible to complete.

The Learning Area also includes the Shooting Range. This is a controlled space where Siege’s guns and operators can be practiced in a safe setting. Players can adjust the parameters of the range to their own needs. It’s not sufficient to keep a player interested in Rainbow Six Siege long-term, but it serves a purpose.

Rainbow Six Siege has very little single-player content. This is because the content encourages you to play online multiplayer. Situations and Training Grounds feature the same maps and objectives as the Multiplayer. While the White Mask AI won’t be able to match the crack gamers on the other team’s team, these modes can help you prepare for matchmaking.

Apart from getting comfortable with the controls and warming up, the only incentive to play single-player is the Renown you earn that can be used for cosmetics and operators. Although the amount you gain is not as great as what you would get playing multiplayer, it will give you a good starting point. You won’t be able to earn achievements or trophies if you play single-player content. These were removed and replaced with more multiplayer-focused challenges.

Rainbow Six’s classic games had a lot of single-player and campaign levels. Rainbow Six Siege fans would be tempted to buy it, believing there’s more. The reality is quite disappointing for those players. However, if you are willing to play multiplayer, the Siege single-player offerings here are a great place to start.

For a sad reason, Roblox’s “Oof” sound has been removed
Wreckreation cleverly blends Trackmania and Burnout
To Top