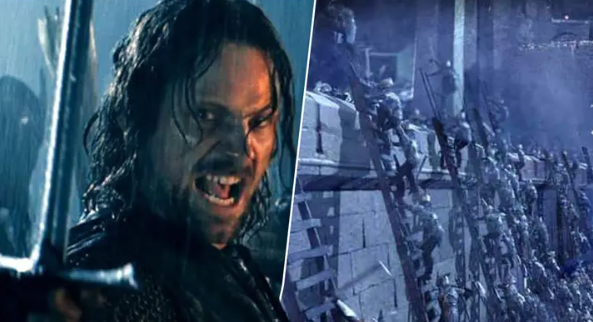 Lord of the Rings is a popular videogame franchise. While there were some games, Peter Jackson’s film trilogy was an enormous boost for titles set in Middle-earth. The PS2 has many gems, including the fan-favorite movie-licensed The Two Towers as well as Return of the King just to name a few.

However, the PC has served as a home for Tolkien’s universe with the 2019 Journeys to Middle-earth as well as the upcoming Return to Moria. A less-known game in Middle Earth is also available on the PC, and may be familiar to Total War fans. Although it is not an official release, it’s a mod which recreates Tolkien’s world perfectly – Lord of the Rings Total War. You can download the remastered version right now.

Dagovax Games, a developer specializing in mods for Rome Total War series, is an example of a developer. They released The Lord of the Rings on July 26th. It’s a must-have for fans of both and strategy gaming. Dagovax used the Total War template to recreate the entire map of Middle-earth. This includes custom-designed cities and locations such as Minas Tirith, Helm’s Deep, and many other places. Enjoy some gameplay!

The campaign and battle maps are stunning and you can participate in major and minor battles from The Lord of the Rings trilogy. The Free People’s Campaign is also available, where the player assists the ring bearer of The Shire to Mordor.

Fans can’t do much better than to play the The Lord of the Rings Gollum mod while they wait.

“Stray” Mod Allows You to Play as Spyro the Dragon
For a sad reason, Roblox’s “Oof” sound has been removed
To Top