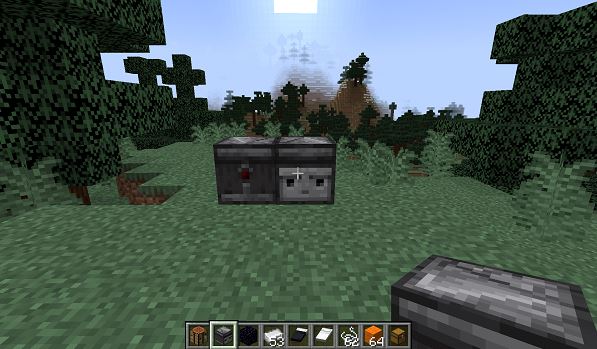 The observer is a Redstone circuitry-compatible craftable block. The observer has two faces: an input face and an output face.

When there is a change in the input face, the observer emits a Redstone signal toward its output face for a short period. Building an Observer requires Nether Quartz, Red Stone, and Cobble Stones. By following the below steps, you’ll be able to make an Observer.

The most basic material you’ll need to build an observer is nether quartz.  To do so, use your iron pickaxe to enter the underworld and collect at least one nether quartz.

Following that, the next item you’ll need to obtain is cobblestone. You must obtain at least six Cobble stones. Get these stones using your iron pick axe.

You will get an observer in the right-side box to the crafting table. Add this item to your “ready to use” stock.