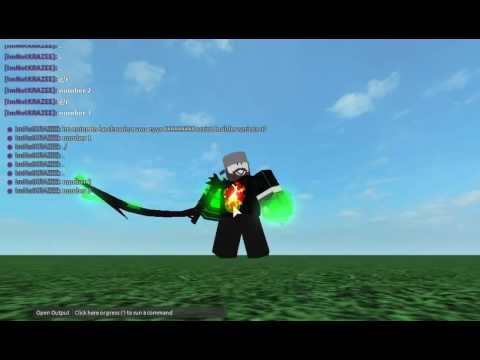 The Roblox platform provides users with a broad range of experiences with varying genres, speeds, and play styles—for example, some of the most popular Roblox experiences entail AFK farming, such as Pet Simulator X, or utilizing weapons to defeat foes, such as Arsenal.

There is always the attraction to abuse or cheat, your way to the top in each of these and any similar situations—but is this allowed? In this short lesson, we’ll go through some of Roblox’s most popular Windows script executors, which you may use at your own risk.

What is a script executor?

A script executor is computer software that enables users to enter custom scripts into any game they seek to hack. Scripts are additional lines of code that individuals write to provide additional benefits to those who utilize them, such as the ability to see past walls, auto click, auto aim, or have infinite ammunition. These scripts are readily available online by searching Roblox scripts, followed by any benefit you wish to obtain.

Are scripts allowed in Roblox?

Adding new scripts to any game is sometimes prohibited and a punishable infraction, particularly in Roblox. If you are detected exploiting in any way, Roblox will temporarily or permanently suspend your account. The entire scope of Roblox’s exploit regulations may be read on their Terms of Service page.

SirHurt is a paid script executor that boasts that throughout its five-year history, there has never been a known incidence of SirHurt software being identified by Roblox. SirHunt includes full Lua compatibility, and a debug library, a graphics library, and ScriptHub. The SirHunt website also functions as a fully developed information network, providing answers to practically any relevant query visitors might conceive.

Synapse X is one of the most popular, if not THE BEST, script executors for Roblox and in general. It’s not only cheaply priced at $20 but also has a rapid injection and read speed, Lua script capabilities, and a slick user interface (UI). Safe downloads offer little to no risk to your computer’s and personal information’s security.

Following this paid download, consumers will get an email confirmation with a randomly generated key to open the application.

Krnl is commonly regarded as the most significant free Roblox script executor choice. Krnl, created by Ice Bear, is suggested to those searching for premium executor features without the costly price tag, as it includes an entire debug library, drawing library, and more. Furthermore, Krnl is recognized as a highly reliable executor compared to other free choices, which means it experiences fewer crashes and freezes.

JJSploit, a free script executor, appears to be the most acceptable application for scripting beginners and professionals alike since its user interface is simple yet efficient, and the program itself can handle a range of scripting languages. Furthermore, Lua, the entire script upon which Roblox is constructed, is the most significant script inside JJSploit, and the application upgrades this language every week to stay up with Roblox. JJSploit, on the other hand, is known to crash frequently due to these continual upgrades.

This finishes our list of the top five script executors for Roblox exploits. However, we at Pro Game Guides want to underline that cheating on Roblox is strictly banned and that any script editing or implementation is done at your own risk.