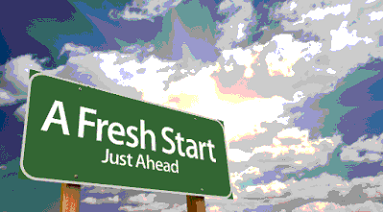 Meta Description: Fresh Start Worlds is a new game mode where you’ll experience a new economy. It can also be a legitimate way to earn OSRS GP for active veterans.

You’d be surprised to know that Fresh Start Worlds can be a great way for veterans to earn some in-game currency.

Fresh Start Worlds is a new game mode for Old School RuneScape that was released in mid-September. The game mode features a new economy where all the items and OSRS GP entering the game are new. You can play it either as a regular OSRS account or as an ironman with the specific trade restrictions and methods of making OSRS gold.

Why A Veteran’s Perspective?

One of the reasons we’re addressing the game mode from a veteran’s perspective is because the new economy appeals to a lot of the nostalgia many players experience when thinking about the 2007 RuneScape. Competing with other players to be the first is another high sale point for the game mode, as you’ll be able to earn a lot of OSRS GP, especially for rare items with high-level requirements. You’ll also need to spend a lot of OSRS gold on items for specific skills since there won’t be many items.

What OSRS Players Can Expect From Fresh Start Worlds

A new player will first have to learn about the Efficiency Scape only later to be able to compete with others, and with the complexity of Old School RuneScape, this can be a real challenge for players who start from scratch. Regardless if you’re a vet or a brand-new OSRS player, you will need to create an alternative account to play on the fresh start servers with the possibility of moving this new OSRS account to the main game after six months. This means that after six months, you can trade whatever valuables you have gained on the fresh world’s OSRS account to your main account and help your gear progress on your main.

Another aspect of this is that, unlike other temporary game modes where you can extend the membership on your main account, you will instead need to purchase a new set of memberships.

Consequently, because the OSRS Fresh Start Worlds are on entirely separate servers where you cannot bring your main into, it will be impossible for you to trade yourself a bond like in the case of an ironman alt you might want to level. You will be obliged to purchase a membership at least once. The OSRS GP price for bonds on the Fresh Start Servers will also be independent of the price of bonds on the main servers because of the new economy that will establish the value of the bonds based on both the scarcity of the currency and product.

As such, even if you decide to start paying your membership through bonds after the initial subscription, you will have already needed to invest at least the value of a one-month membership, but potentially more, to bring your OSRS account to a self-sustainable point. This makes the game mode intended for vets and not new players who have no demo on the game as they would typically do on the main servers, where they can decide whether to keep their F2P status or become members.

Jagex has intended this game mode for veteran players, and even more specifically for competitive-driven veterans who also can emerge in the game for extended periods because of the grindiness of the game. Unlike other temporary game modes where you would get an XP boost that will make skilling up much faster, you will progress at the same pace as on the main servers on the Fresh Start Worlds. Thus, the brand-new economy and all its inherited consequences—like the lack of certain items on the market—is the only real difference you will feel while playing on them.

However, if you’re a veteran who happens to have a lot of time on your hands, the new economy game mode is worth it and has the potential to bring you a lot of income. This is because all the items, including the prevalent ones, will be pretty rare on the Grand Exchange as their overall obtaining rate will be low compared to the main worlds, where there is already an abundance of the most common items.

This means that even if you decide to just woodcut and you’re the first to cut magic logs and put them on the market, you will have the advantage of setting the price within certain limits that will ensure that you will have buyers. This is because it is a quest item either obtainable through the Woodcutting skill or by killing high-level monsters, which on top of the high combat level required, will also require you to complete a specific quest (Elemental Workshop).

OSRS Fresh Start Worlds Has a Lot to Offer

Being the first to obtain other very extensively used items, such as the Abyssal Whip with a high Slayer level from the Abyssal Demons or other valuable unique drops from various monsters, bosses, and raids, will also allow you to set the price and obtain a lot of OSRS gold for them. You will also be able to trade directly with other players and take advantage of specific Fresh World communities that you will use on third-party communication software such as discord. Another significant aspect is that with such an overall low volume of items on the market, it will be easy to play the market and use flipping and market monopolization to your advantage to earn OSRS GP. Just note both of these methods are risky in a still unstable economy, so you might as well lose unless you calculate your risks correctly and know the game.

Advertisement
Is OSRS Fresh Start Worlds Worth Trying for ?