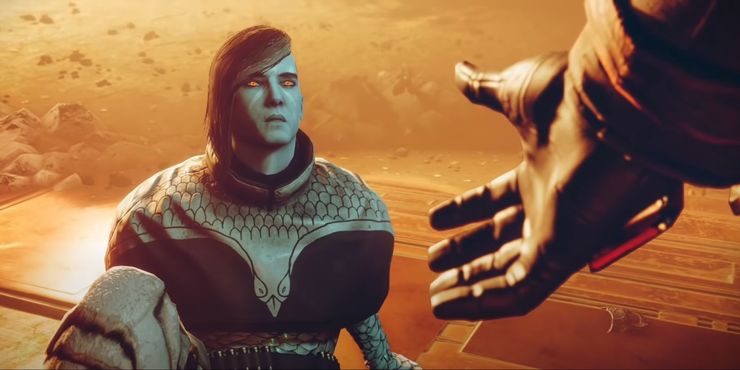 After months of speculations and leaks about the answer, Destiny 2Imagine what’s The Witch Queen expansion might look like. Yesterday was Bungie’s big day, and everything was revealed during a fierce showcase. Between Hive GuardiansDestiny 2 Weapon crafting event was Bungie’s largest ever, and it looks like the expansion will be even bigger than Forsaken. Fans finally saw Savathun as she is and got a glimpse at her Throne World. This will be the next major location once The Witch Queen launches on February 22nd.

The reveal moved on to Destiny 2’s Season of the Lost. It showed the seasonal activities and what to expect from the story arc for major characters like Osiris and Savathun. Season of the Lost is unique in that the relationship between Mara Sov, Savathun, and Osiris is revealed in a manner that is consistent with Destiny2‘s storytelling. Mara Sov is actually the Queen of the Reef, the Awoken and Savathun the Witch Queen. The line between light and darkness is blurred, so the “tale with two queens” begins.

Destiny 2: The Tale of Two Queens and what it means for the game

The tale of two queens is what Bungie called Season of the Lost, which features Savathun and Mara as the main characters players can interact with during weekly missions. Mara Sov, a powerful character in lore, created her own rules, called “Logic” in Destiny2, to gain power. Queen Mara has a Throne World, which means she can’t die unless she is slain there. This is similar to the mighty Hive characters or Hive Gods.

As a matter of fact, Queen Mara and The Witch Queen have a lot in common, including the Throne World element that makes them unbelievably hard to take out. Savathun is also able to gain power through her Worm and the pact that she made with it. The Worm feeds off Savathun’s tricks and lies while giving her more strength due to the Hive’s Sword Logic. Both characters appear to be in a grey zone, not necessarily being good or bad. This means that they both are para casal beings whose actions can’t be predicted as they don’t follow the principle causality of things–cause & effect.

Because of this, the two queens are connected on a much deeper level than what meets the eye, and this will become especially true with the launch of The Witch Queen expansion when Savathun and her Lucent Brood get the Light. Savan, a Hive God, is often associated with Darkness. He is therefore considered one of the evilest villains humanity will face. But will this be true? The Oder, will Savathun prove to be an ally?

Season of the Lost is ultimately about the story of the queens. It makes players question what’s good or evil and asks what distinguishes enemies from allies. From Beyond Light to Season 15, Destiny 2 was all about forgiveness, finding a peaceful resolution between old enemies who come together in a larger fight. Crow became friends with players, avoided conflict with the Cabal, found common ground with Capital and welcomed the Eliksni inside the Last City walls. The story of the two queens may be the beginning of an alliance.