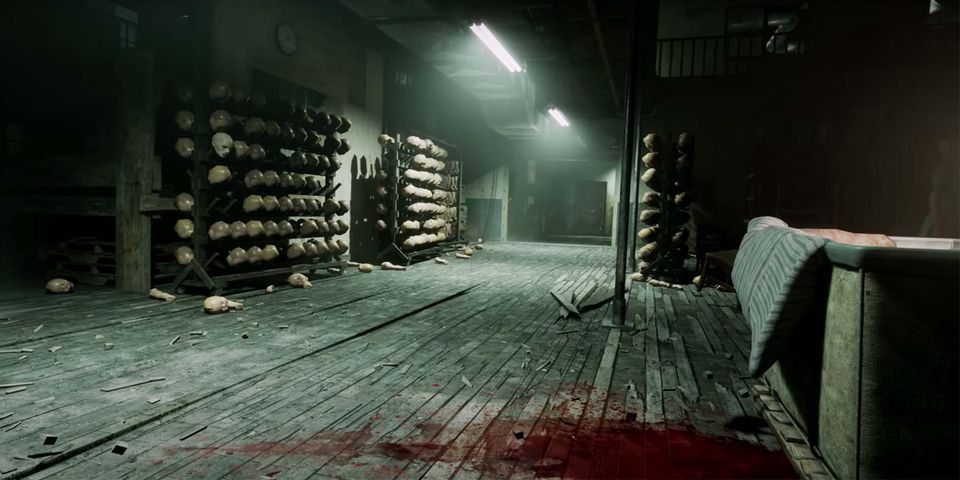 In many ways, 2013’s Outlast helped redefine what small-studio horror games were capable of. While Amnesia rocketed indie horror onto the scene with the help of YouTube personalities, it’s difficult to deny the Outlast franchise’s impact on the genre. The next entry in the franchise, The Outlast Trials, has received a new trailer – though this game has a multiplayer twist.

The trailer gives close-up looks at some of the titular trials that players will be facing as they work their way through the game. In a way, the trailer closely resembles a SAW film, with bloody rooms and vicious-looking obstacles dominating many of the game’s environments. It certainly doesn’t seem like a place for the faint of heart, though the Outlast games have never been – one of the contributing factors to their success.

Undeniably the stars of the show are the enemies that are featured over the course of the gameplay trailer. Traditionally, the Outlast games have packed in one or two primary big baddies for players to avoid, but The Outlast Trials trailer shows a suite of enemies chasing down players. Impressively, each one of the enemies is uniquely terrifying, offering up some distinct visual elements that distinguish them from the others.

The narration also adds a creepy layer to the trailer’s overall vibe, as the speaker claims to be helping the protagonists, ensuring their safety and insisting he’s their friend. That clearly doesn’t seem to be the case, as players are subjected to physical and mental torment throughout the gameplay. Luckily, the game will support teams of up to four players, so at least there’s the option for allies to tackle each trial with.

The gist of what’s know so far is that the game is set during the height of the Cold War. Players are abductee test subjects taken by the Murkoff Corporation and held prisoner in a secret facility. There, they’ll be forced to participate in “physical and mental ordeals,” many of which seem to end with players being hung, stabbed, or otherwise brutalized if the corpses shown throughout the trailer are any indication.

Unfortunately, there are still a lot of question marks about The Outlast Trials. This is by far the best look that fans have had at the game since it was revealed, but the only release date right now is a vague 2022 window. Some other horror games are coming out soon to fill the void, like House of Ashes, but The Outlast Trials seem particularly exciting.