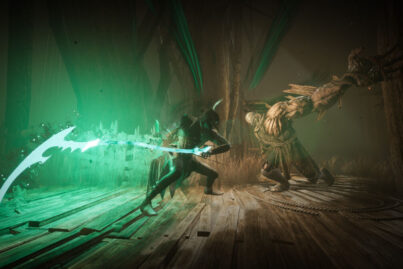 Team17 released a statement regarding the game’s Steam Page:

“We had to make the hard decision, together with Team17, to postpone Thymesia’s launch into 2022. We are so grateful to you as a community for your support. Although this may be disappointing to some, our goal is to release Thymesia at its best. To do this, we will need to spend a bit more time finishing them.

Thymes is set in fantasy Europe, where the main character, Corvus, an amnesiac, must fight through an empire that has fallen through alchemy or dark magic. To combat this mad world, players will use different disease-based abilities from other bosses like a plague doctor Megaman.

For new combat and traversal abilities, players will be able to transform into ravens. Thymes will allow players the ability to customize their character and gameplay style.

The Last Stand: Aftermath is a Surprisingly Captivating Roguelite Zombie Game
Season 1 of Warzone Pacific & Vanguard – Pushed Back
To Top